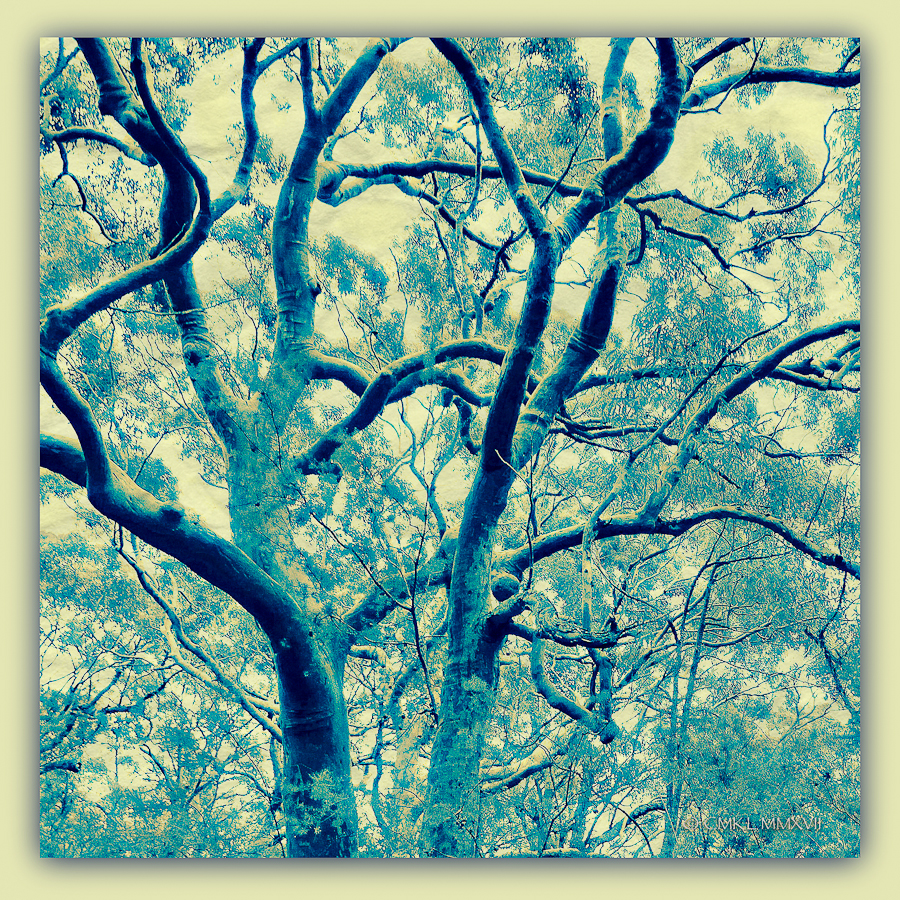 One day during our stay in Sydney, we were invited by our exchange-home hostess to a sightseeing tour of the coast south of Sydney. Along with her sister and her scientist brother-in-law we set out to explore, cruising through bushland and along wind-swept cliffs, all the while receiving the most interesting in-depth information about the geology and biology of this region from our private ‘guide’, a geologist and science teacher possessing limitless knowledge of Australian nature. This outing also provided fantastic fodder for my fascination with Australian trees! Unfortunately, we were somewhat hampered in our activities by a lot of rain. Yes, after a one-day respite, it rained again. We weren’t really equipped for an all-weather hike and in that wet environment, it was impossible to take pictures showing the natural beauty of this area. Sadly, I can only offer you a few glimpses here and there.

On our way south, we stopped briefly at a beach access to Botany Bay of Captain Cook fame, who sailed the HMS Endeavour into ‘Sting Ray Harbour’, which he later renamed to, first ‘Botanist’, then ‘Botany Bay’ in honour of the two botanists, Sir Joseph Banks and Dr. Daniel Carlsson Solander, who collected the first specimen samples of indigenous Australian plant life along this bay’s shore. Cook’s arrival in Botany Bay on 29 April 1770 marked the beginning of British colonialism in Australia and thus the rise of great hardship for the coastal Dharawal peoples, who had lived in south-west Australia for about 5000 years by the time the Europeans discovered it for themselves. Even though the first British penal colony was established in 1788 in Sydney Cove rather than Botany Bay, when a nineteenth century Briton mentioned ‘he was sailing to Botany Bay’, it meant he was sent to one of the penal colonies in Australia.

Our main destination was the Royal National Park, a beautiful nature preserve with a range of several different biotopes. The bushland in the park is beautiful with all its alien vegetation and our guide’s expertise made the short walks we squeezed in between cloud bursts all the more engrossing for us. 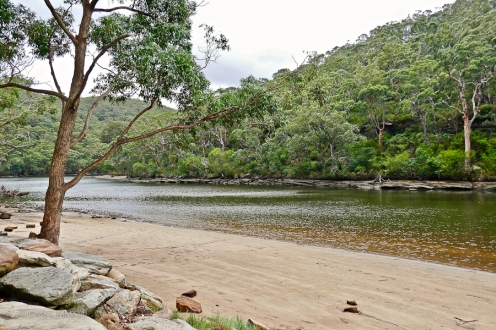 Under the cloud-laden sky, the atmosphere along this creek had a distinct Last of the Mohicans feel.

In the park, we encountered two of Australia’s most significant plant genera with an incredible wealth of species, Eucalyptus and Banksia. But also the odd man out in the form of Sydney Red Gum, also called Rose Gum, Angophora costata, Myrtaceae, which is not a Eucalyptus like most gum trees but belongs to the genus Angophora. 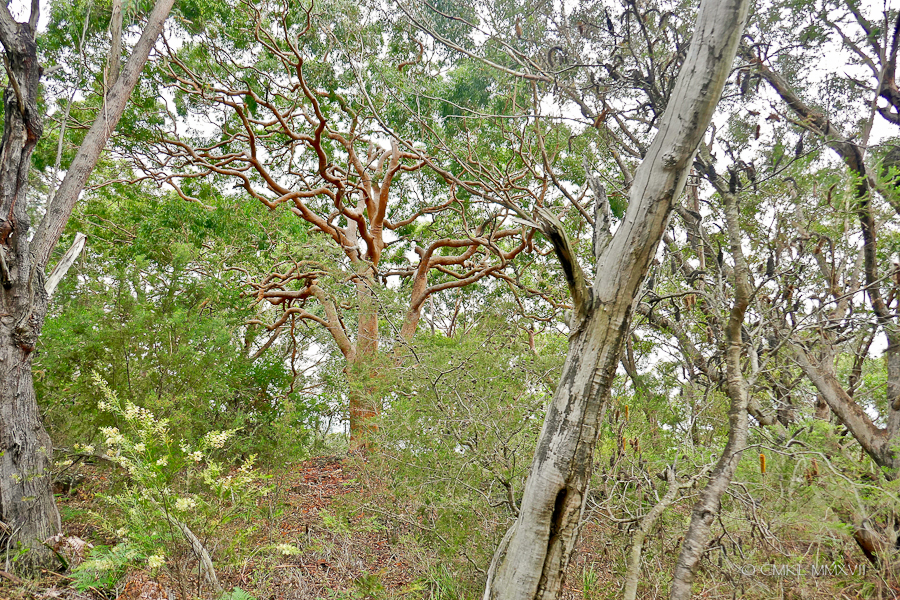 The other famous Australian trees and/or woody shrubs we encountered were banksias, members of the roughly 170 or so species of banksia bushes, like this Banksia ericifolia, Proteaceae. At least I think it’s an ericifolia. 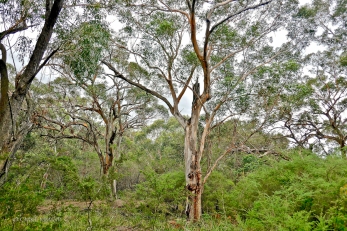 Cruising through the park, we eventually reached the coast again, visiting high cliffs overlooking a series of spectacular beaches before settling down for lunch.

Although the restaurant terrace was more or less fully enclosed, the high winds and driving rains forced us to retreat from this gorgeous view and eat indoors. 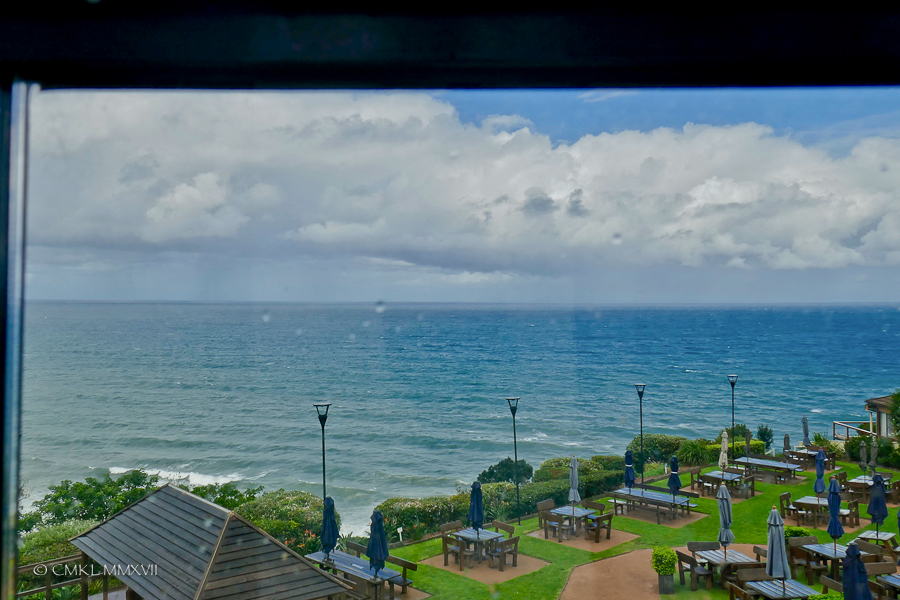 Lunchtime passed quickly with good company, tasty seafood, and lively conversation. We never even noticed that the rain had [temporarily] stopped until we stepped back outside. 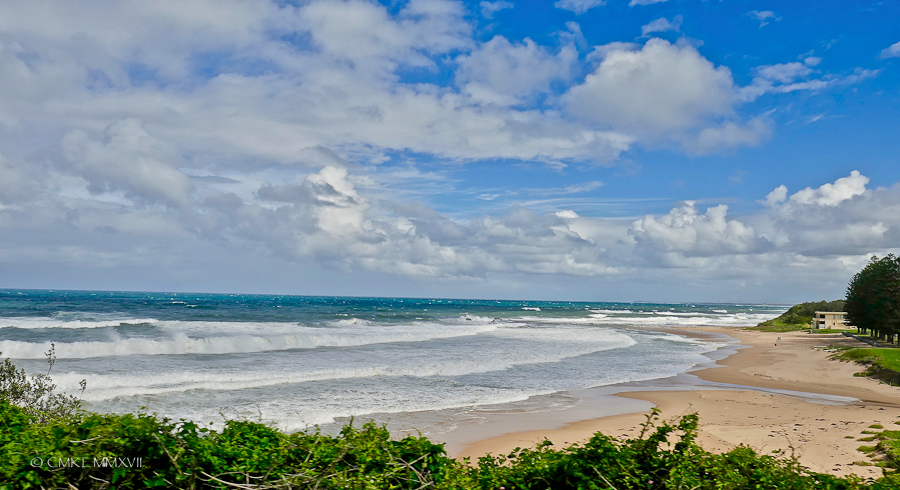 Continuing our excursion further down the coast, the weather remained rather moist and blustery so that even the cormorants preferred to hunker down and wait it out, and we elected to forego any further full body nature interaction, remaining hidden in the car. 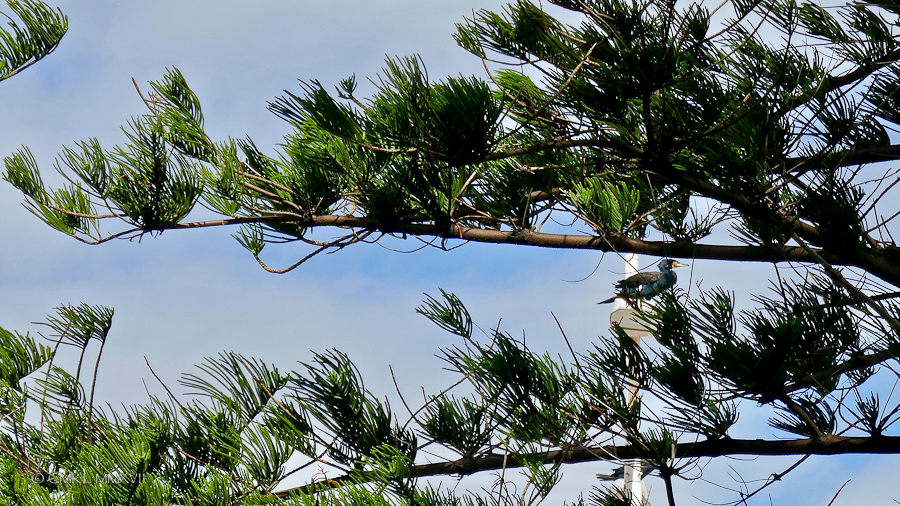 After we passed through Bulli, a former coal mining town,

we had one last walk to the Sublime Point Outlook with sweeping views up and down the coast before heading back toward Sydney. 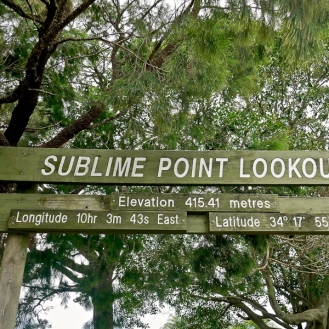 Thank you, Susan, Carolyn, and Indrus for a remarkable, instructional and fun day!