One can’t very well spend time in Sydney without ogling the Opera House. Oneself and every other tourist in the city! Rain or shine. Sooner or later, everybody drifts toward Bennelong Point to gasp at the iconic building, or, these days, to take a selfie with one of the ten most recognized structures in the world as a backdrop.

For our visit to the Opera House, we took the train, again, to Circular Quay because it was raining, again. Although it’s just water, my camera doesn’t like rain that much, which made taking pictures in all that humidity a smidgen difficult.

The gentlemen below had wisely taken cover under a freeway underpass for their performances, 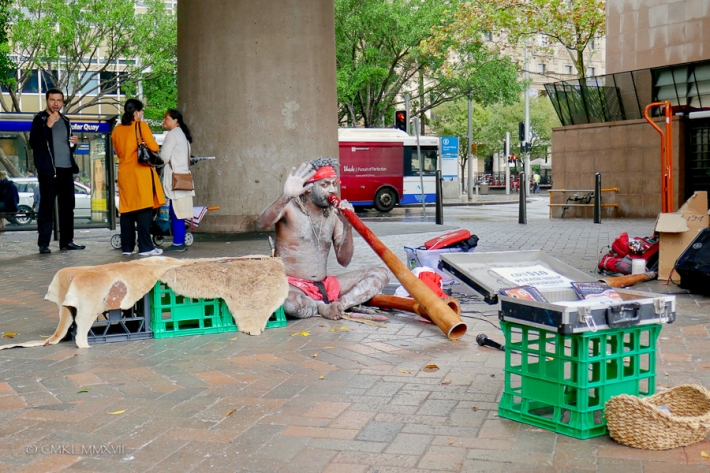 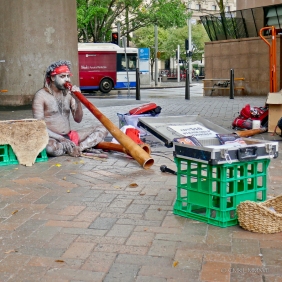 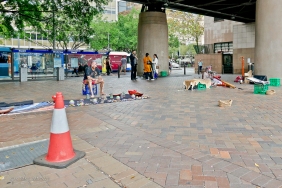 as the atmosphere was quite wet and blustery that day. 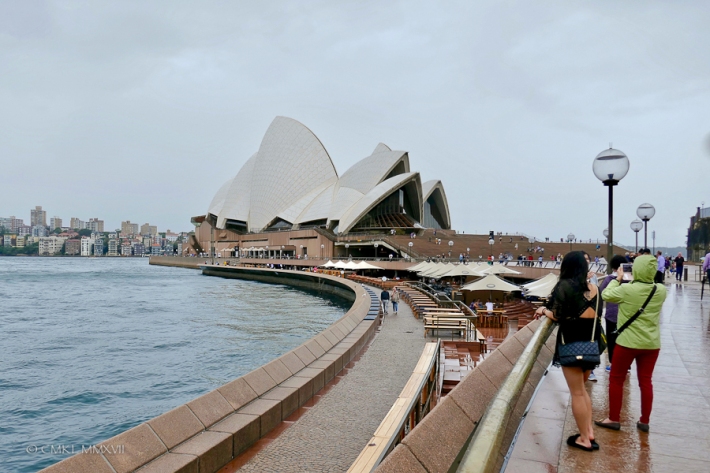 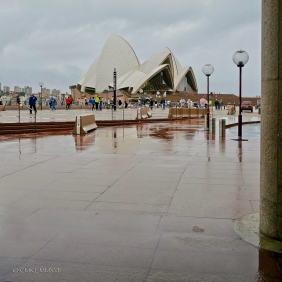 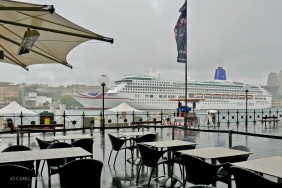 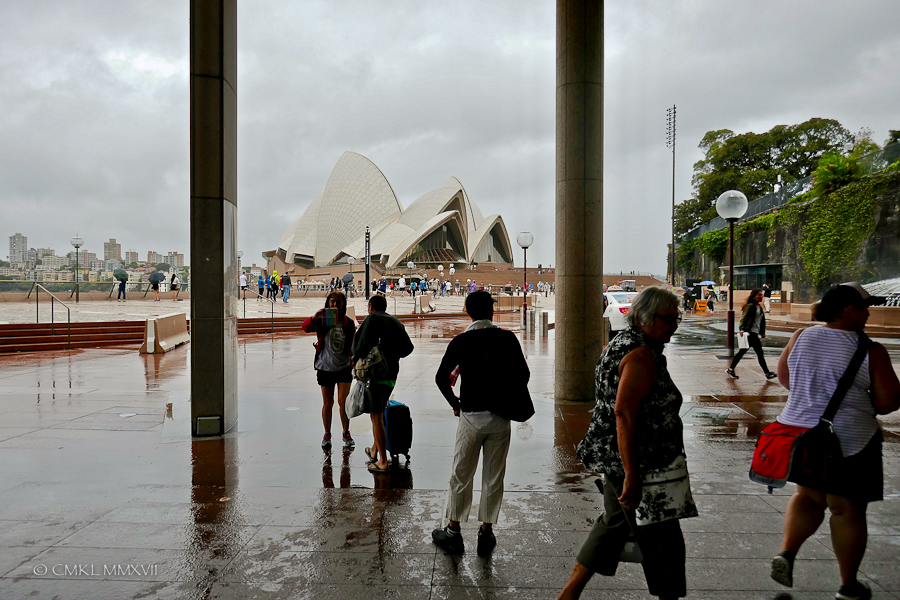 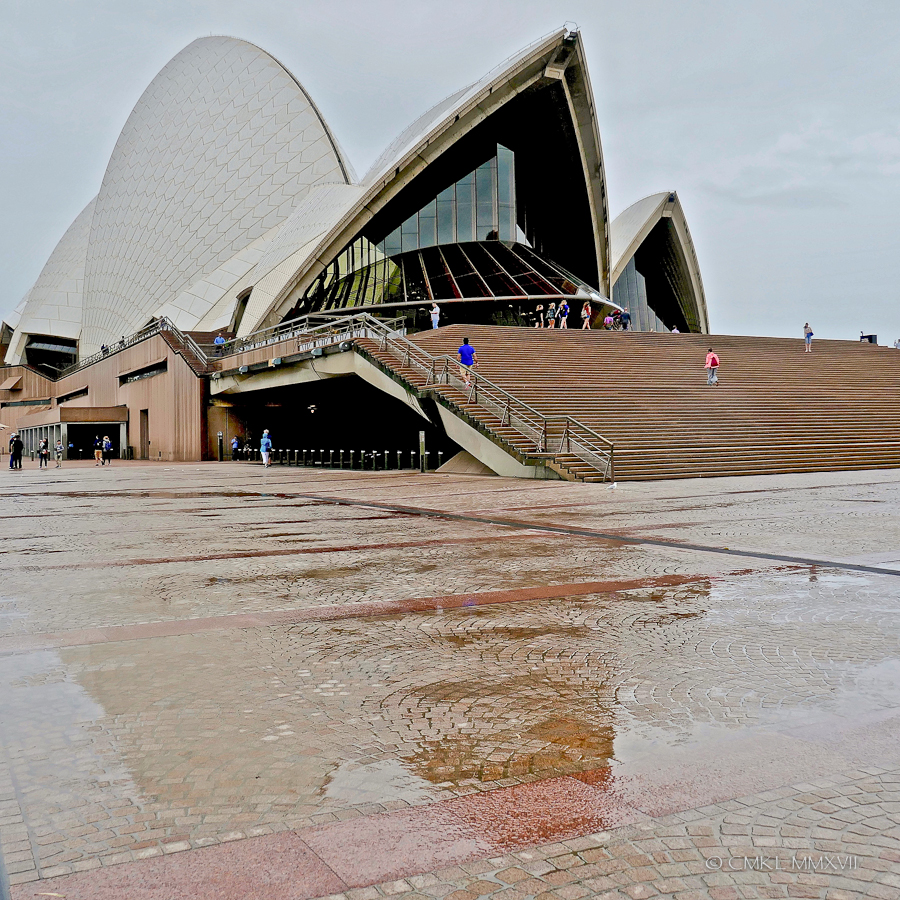 Before we focus on more Opera House detail, let’s have a look back toward the CBD, 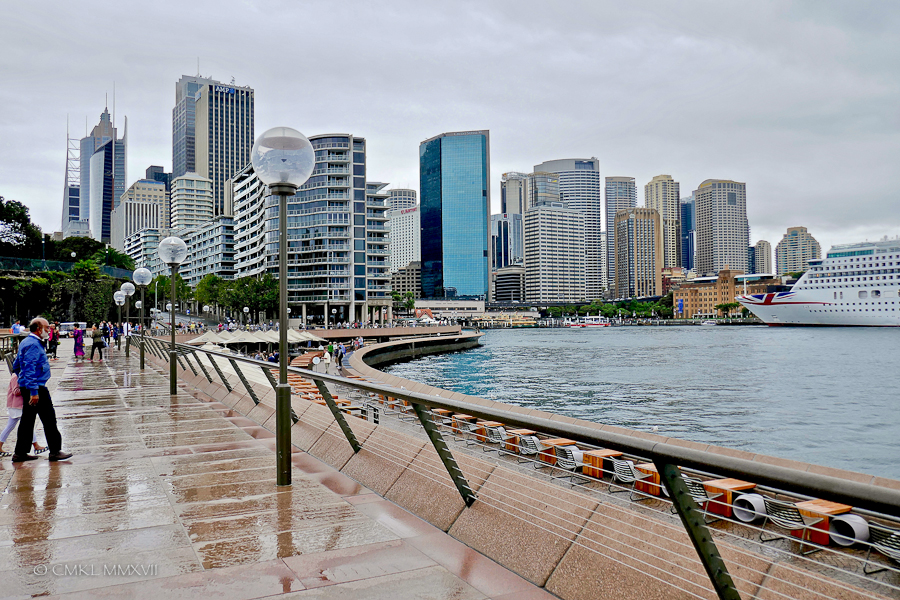 and then swing our gaze across the harbor toward the other promontory with its own iconic structure, Harbour Bridge. 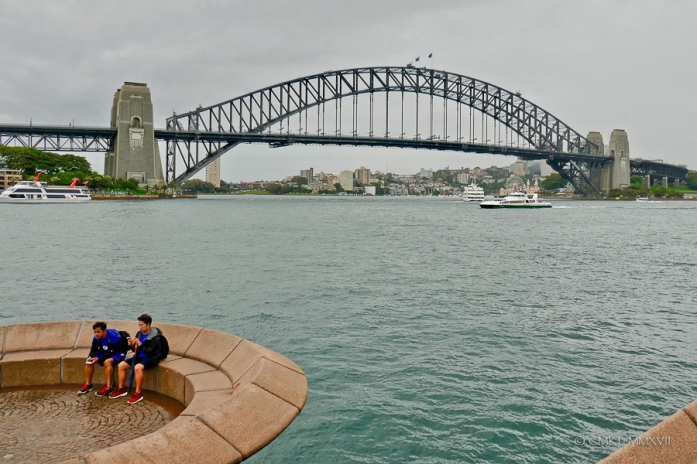 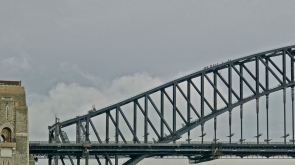 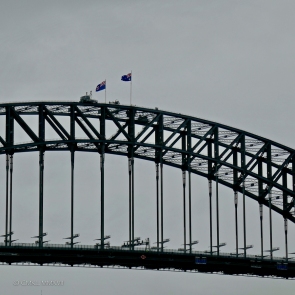 I wish, I sincerely wish, I could have climbed the many stairs and conquered Harbour Bridge myself. But my musculoskeletal decrepitude combined with my kaleidoscope vision made that impossible. But I could observe Harbour Bridge close-up and personal which is fantastic in itself!!

Turning back to the Opera House, I have to admit something to you. Before seeing the Real Thing, I thought the Opera-House-Hype was just that, hype. How great can an elderly building be, I ask you? Well, pretty darn great! This structure overpowers the viewers, it has presence and majesty galore. It is, in fact, one of the most impressive modern structures in the world! 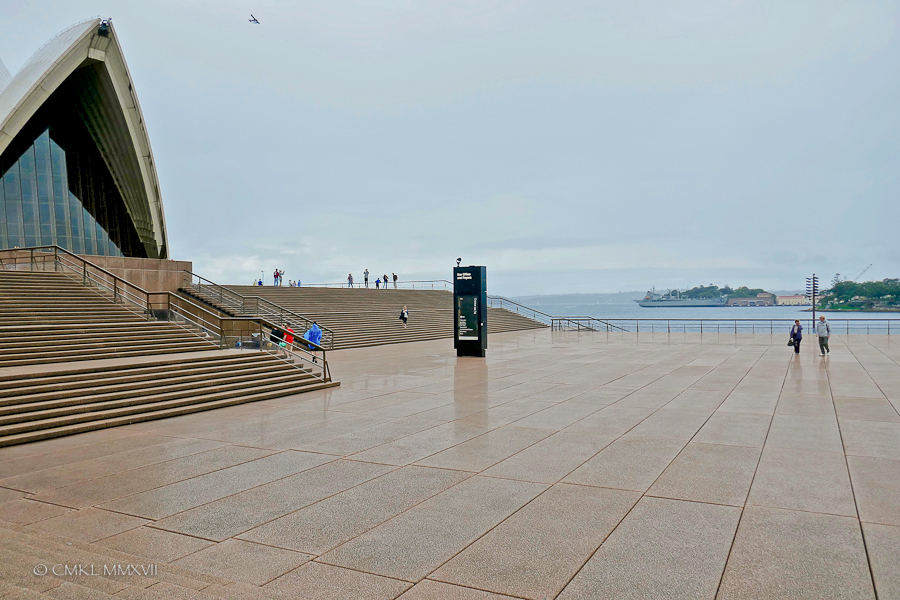 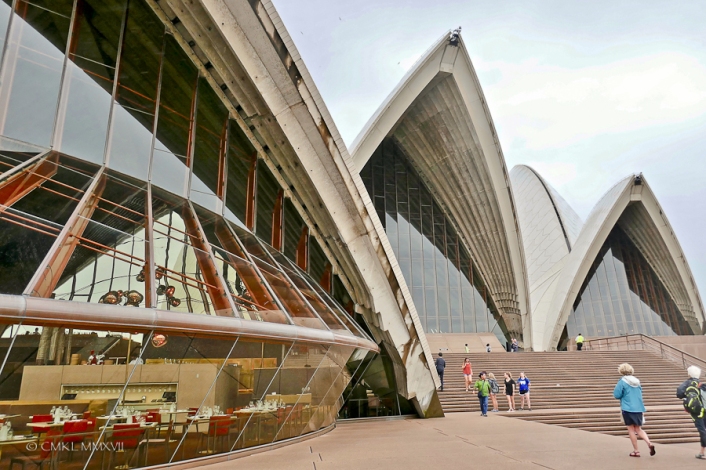 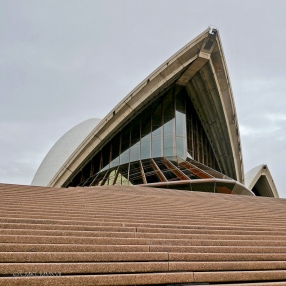 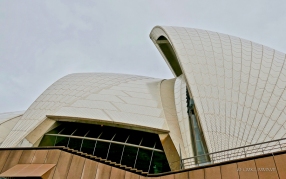 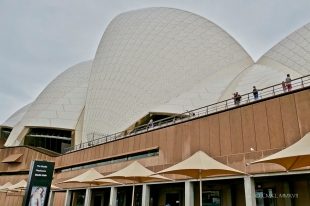 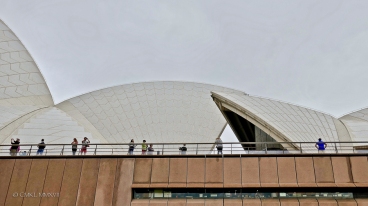 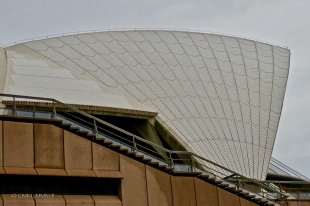 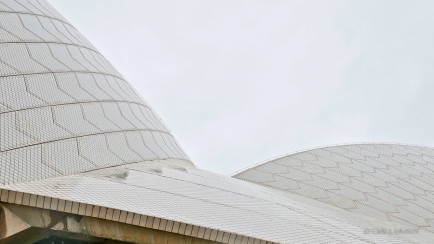 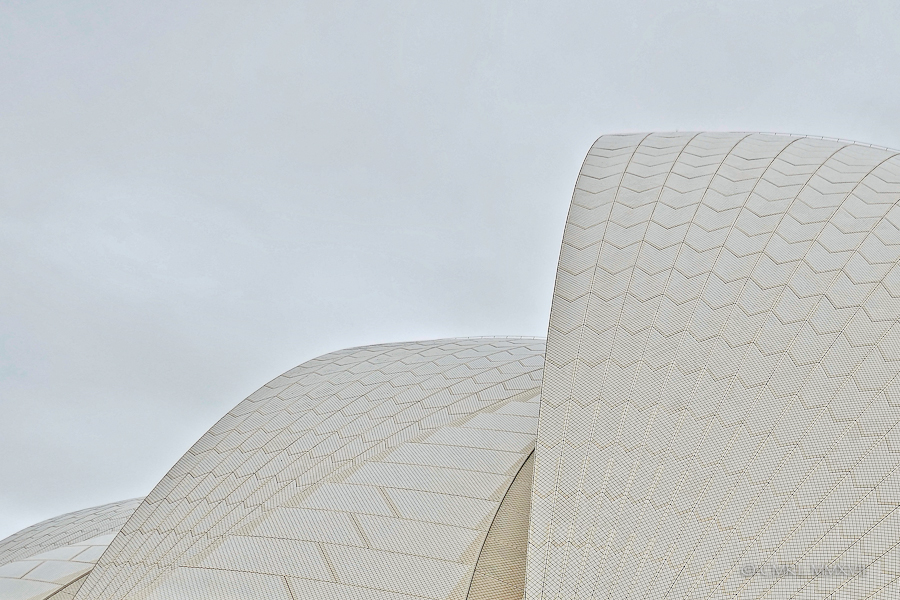 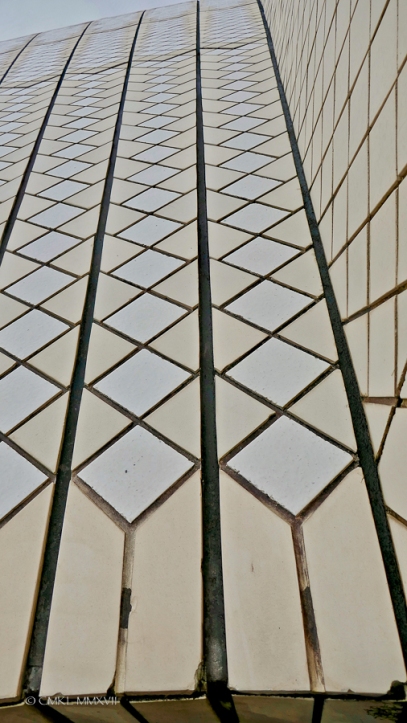 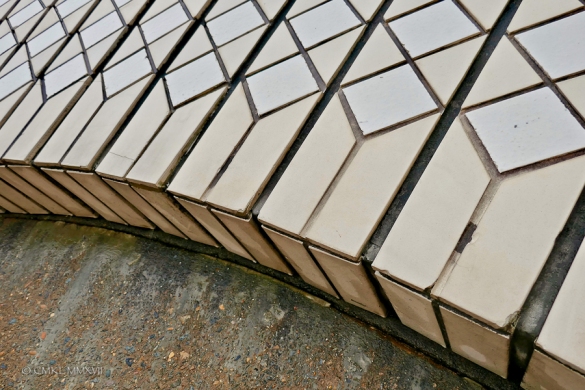 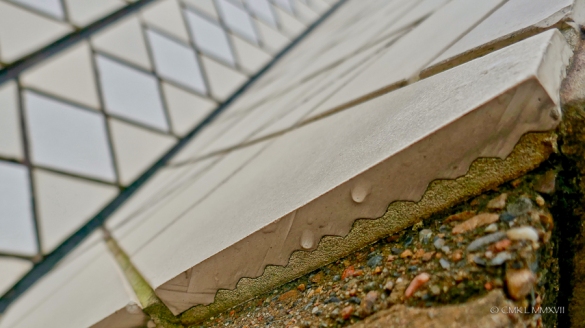 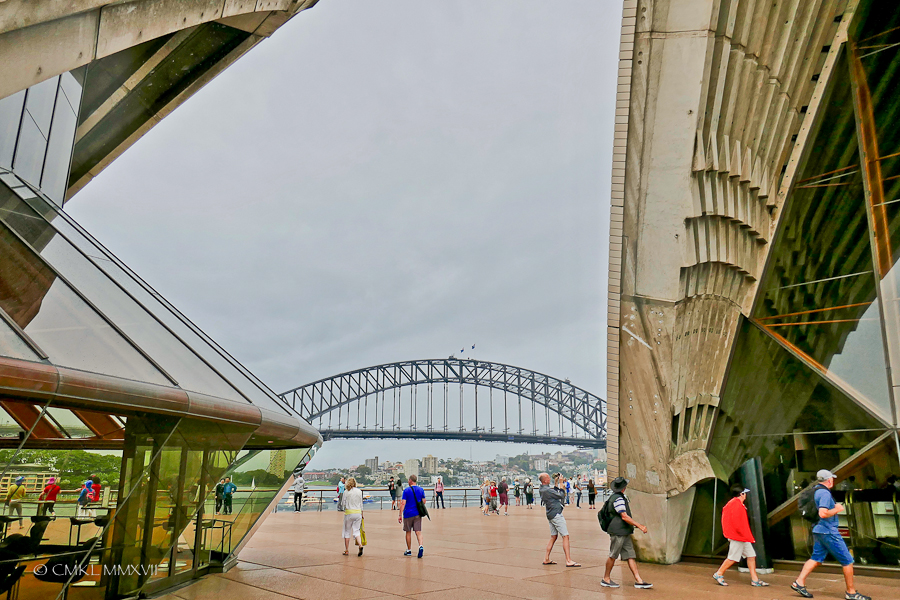 The interior of the Sydney Opera House is quite impressive as well. 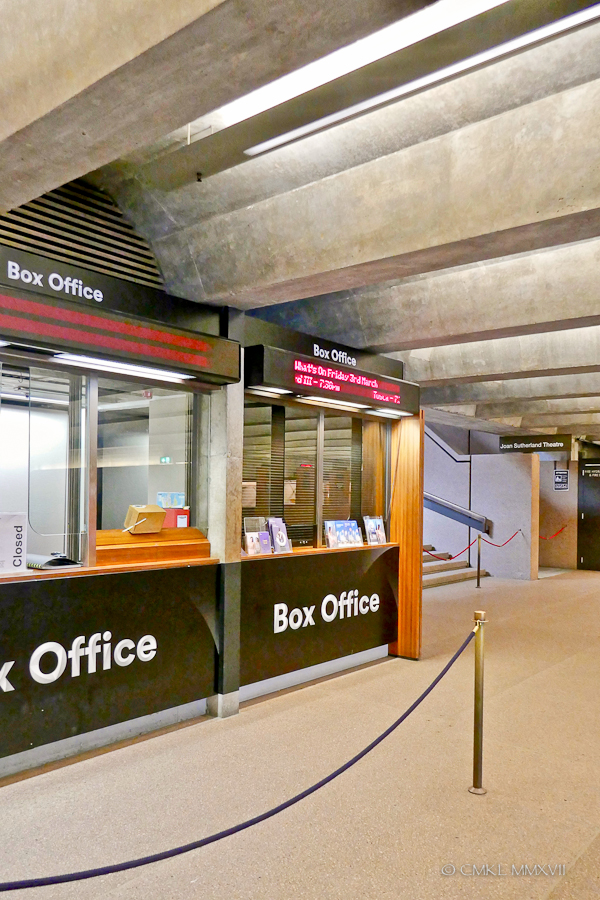 We queued for tickets at the box office, witnessing the intimate marital struggles of Rupert and Eddie, also in line, as we waited patiently only to find out that the performance was canceled. It was fun, nevertheless. 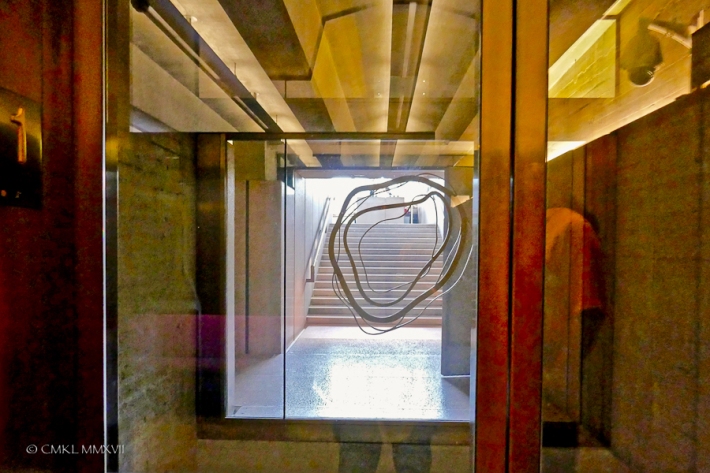 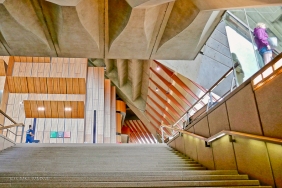 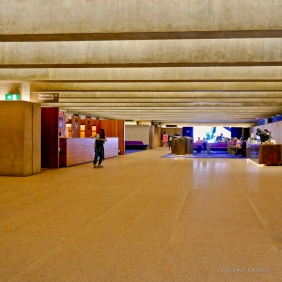 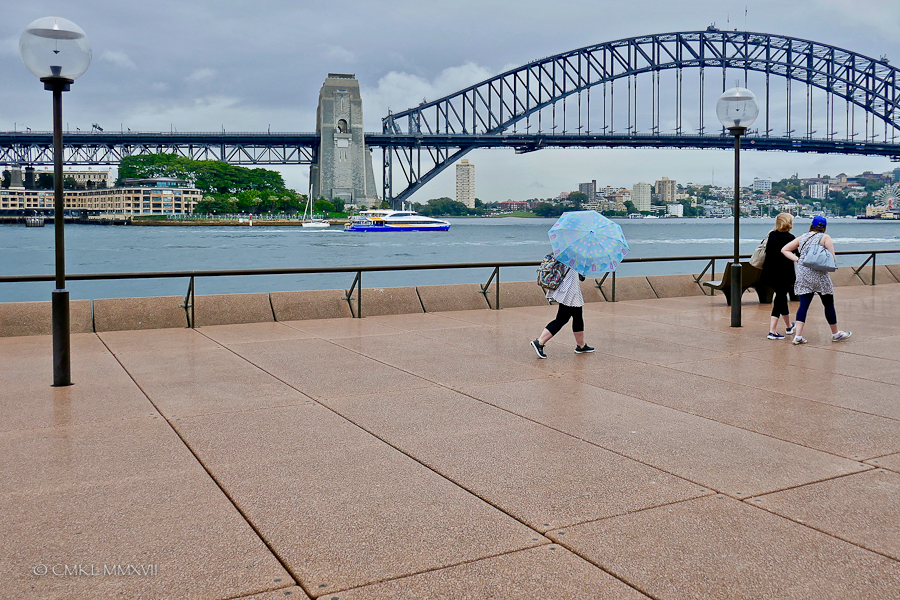