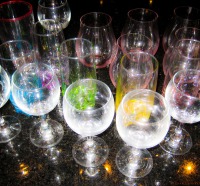 Last night we enjoyed a lovely, exhilaratingly pseudo-bilingual (our friend’s aptitude for English far exceeds our poor excuse for Spanish) evening with friends, who were willing to brave both darkness and drizzle to negotiate the serpentine approach to our home in Atenas. It turned into a late night for us old fogies, so sleeping in was an anticipated luxury … when the local wildlife decided to kick us out of bed. Our friends, who had been equally late to retire, of course, had to get up early to go to work.

Our resident Great Kiskadee, Squawkero, was having a party of his own right outside our bedroom. And when he’s around, you can’t miss it! Flycatchers are well known for their very distinctive “here I am, look at me” call, which they’re not shy to repeat endlessly as they hunt. Squawkero is very self-possessed and vocal, whereas his mate is quiet and vocalizes much more softly.

A bounder, a stranger, had landed right in our Squawkero’s territory. He was thumbing his beak at Squawkero and making goo-goo eyes at Mrs. Squawkero. The interloper displayed his crown feathers very prettily and tried hard to be one of the gang. But our Squawkero wouldn’t buy. No way!

[* Squawkero is a Tico, so he laughs in Spanish: ja ja ja = ha ha ha; there is no ‘h’ in Spanish pronunciation]