The Great Cassoulet Challenge of 2012 has concluded. The last of the candles illuminating a cheerful gathering sputtered one final time before the flame drowned in molten wax. Sated guests mingled, music playing softly in the background …
Much earlier in the day preparations for the last round of bean baking got underway, after the cassole and the remaining reserved liquids and duck fat had come to room temperature.

Some tidbits needed to be put together for appetizers and a selection of beverages for our esteemed guests, like this seasonal beer of the Santa Fé Brewing Company, 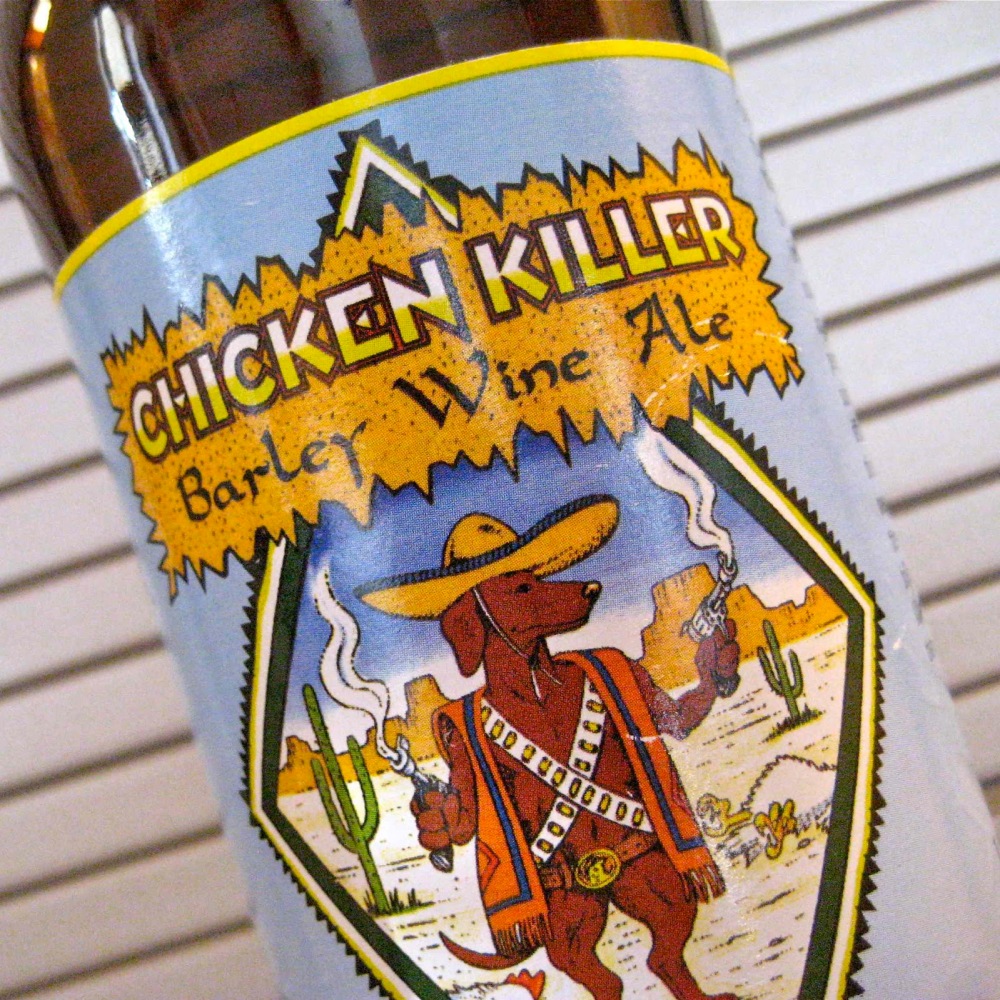 had to be cooled. I would’ve preferred to serve my cousin’s beer, but their brewery is so new, their creations are not yet available around here. Should you ever find yourselves thirsty around Taos, NM, don’t hesitate to stop by Taos Mesa Brewing!

The usual pre-festivity activities, like dancing through the house with a three-foot-wide mop to the sound of rock and roll Santa oldies could also be observed.

And naturally, the ancient oakwood judges’ table had to be polished to a high sheen and was then set with the finest linen, edged in bobbin lace of silk, gathered in sterling silver rings. Cut crystal graced the elegant place settings – not! 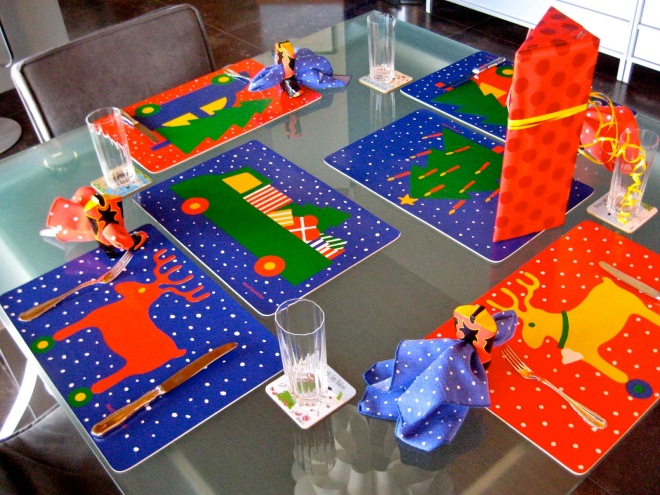 Just to be on the safe side, we did wrap a little ‘consideration’ for the judges. We presented them with a jigsaw puzzle, titled “In Vino Veritas”, designed by the unforgettable, late cartoonist Roger Blachon. It’s semi-to-nude bacchanalian wine tasters added just the right sense of gravitas to our solemn occasion, don’t you agree?

We did have an awful lot of fun, even though the Ayocote Blanco beans were not quite as al dente as I would have wished. The traditional Tarbais beans clearly outperform their Mexican sisters. The sausages were a little disappointing, needing a dab of mustard to revive them sufficiently. The duck legs were as flavorful, soft and rich, as only duck confit can be, which consolidated the balance of textures and flavors to a pleasing whole. Nevertheless, our efforts of this year’s Great Cassoulet Challenge didn’t measure up to full points for a “Blue Ribbon of Excellence”, as we were honored to receive in 2009. A level of excellence we still cherish to this day and hope to achieve again.

But not this year. After careful, lengthy and quite lubricated consideration, the learned judges instead awarded their authentically Alaskan

“Benevolent Bell of Hidden Tastes” complete with Khaki Satin Band
Only a camouflage bell in 2012. Quel dommage! At least, it wasn’t the dreaded sub-classification of the “Ghillie Suited Camouflage Bell”!! It was, bien sûr, the sausages, which dropped our evaluation to camouflage. Had their flavor been just a little more distinct …
Ah, well, off we go toward next time. Happy New Year, Y’all!!

2 thoughts on “Feasting and Judging”