Skip to content
Posted on December 27, 2013September 28, 2018 by CMKL
A good friend of mine has been incarcerated in the hospital for far too long, even over Christmas, scaring the bejesus out of her family and friends. We just got the good news that she’ll be back home by Sunday. To celebrate this auspicious occasion, I cooked tonight’s TexMex dinner in her honor.

The main ingredients in tonight’s casserole are Poblano chili peppers, tomatillos, and queso fresco. I adore Poblano peppers, always have, since Salvador’s Barro, a Mexican restaurant on Lake Street in Chicago introduced me to their special flavor. Poblano peppers are the proper chilis to use for chilis rellenos, rather than the less flavorful Anaheim peppers.
For tonight’s dinner, I used several charred chili pods, some tomatillos for the sauce, lean ground beef, queso fresco & shredded jack cheese, a very large yellow onion, five or six garlic cloves, a small can of green enchilada sauce and a handful of raisins soaked in Tequila.
The core of the dish are the poblano peppers, tomatillos, quesos & raisins, everything else just adds a little of this and a little of that. But whatever you use along the way, you must start your dish with dry-roasted cumin seeds to enhance the SouthWest flavor.

I started the tomatillos in a small saucepan, simmering them with some diced onion and garlic in chicken broth, eventually adding a small can of green chili enchilada sauce from the supermarket. 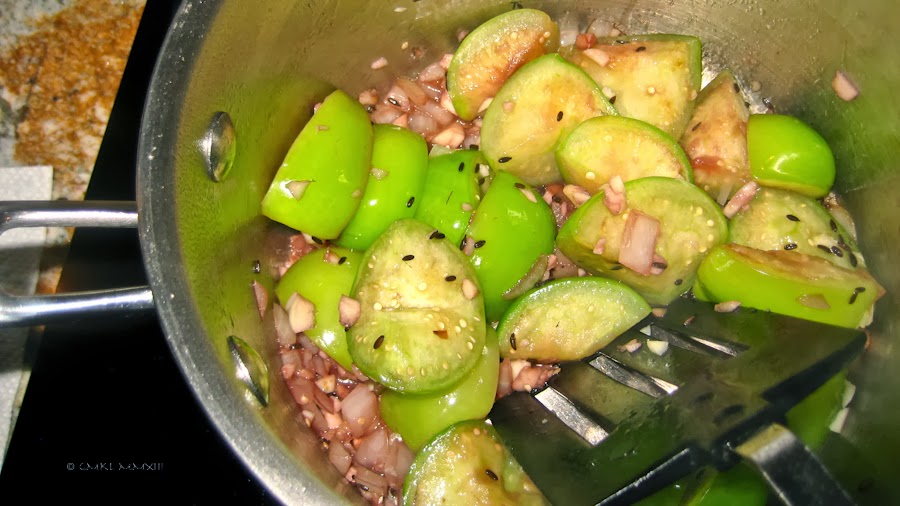 That concoction cooked down to a nice, thick consistency by the time it was needed to moisten the casserole. The little dark bits are cumin seeds, which are a must for any Tex-Mex recipe – in my mind anyway. I just have a hard time cooking without either cumin or the more citrusy coriander seeds. 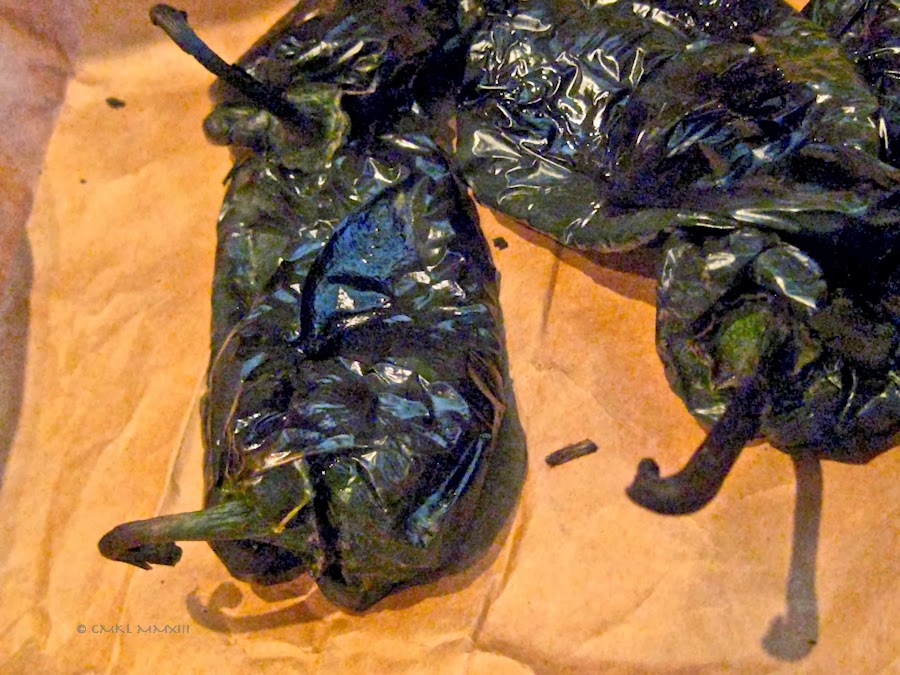 Meanwhile, the tasty poblanos were charring and blistering under the broiler, followed by a half hour or so rest in a paper bag. It’s a little tedious peeling the skins off and picking all those seeds out, but it’s well worth the extra effort in flavor. 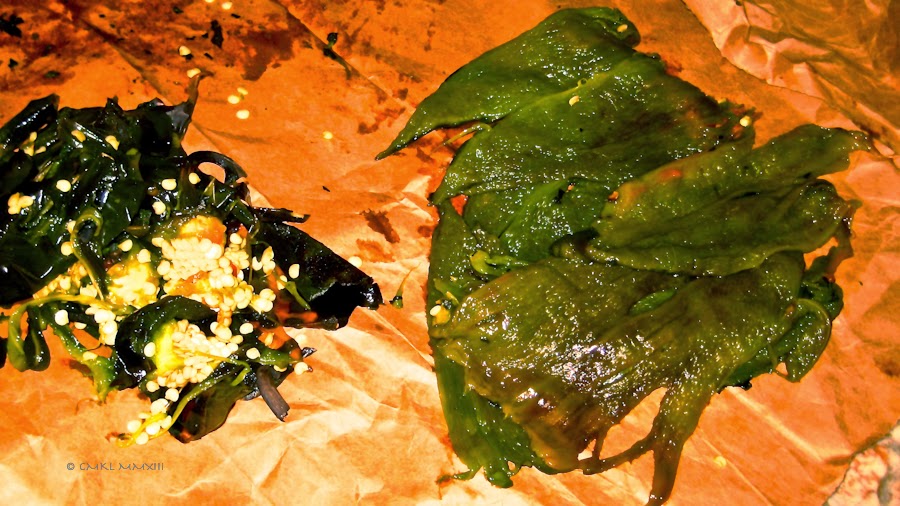 The rest of the preps are child’s play. Toast the cumin in a dry pan and as soon as it’s delicious aroma is released, turn the heat up, add just a smidgen of olive oil and toss a small amount of fatty Speck or bacon in the pan, eventually adding the ground beef, followed by onion, garlic, peppers, cheeses and tomatillo sauce. Top it off with the drunken raisins, mix and let the flavors mingle for a while … 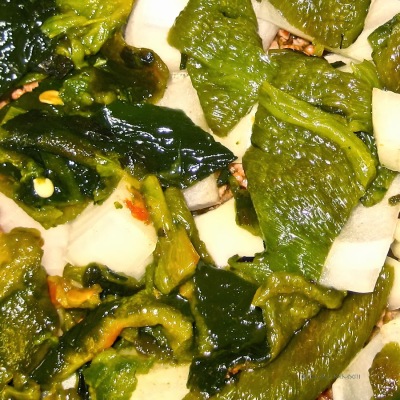 Yummy! I wish you could’ve had dinner with us, to celebrate your impending ‘release from prison’, Marcella!!