So, what’s today’s excuse for not buckling down and writing a decent post? Housework? Indubitably, since four people munch a lot of fresh, aromatic and crusty French bakery products, generating copious amounts of crumbs under the long, wooden slab of a dining table. One also has to go to the produce market and decide between first-harvest-of-the-year cherries (three weeks early, owing to plenty of sunshine) 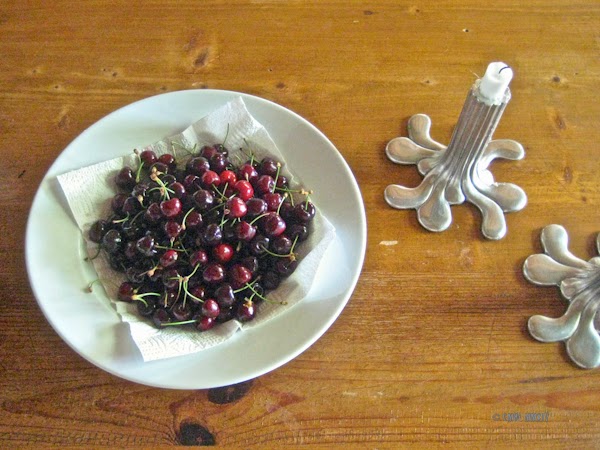 from the Roussillon area of the Département Pyrénées-Orientales, also called Russelló in Catalan, which lays between us and Catalonia in Spain.
Gaul Chieftains met here to debated the wisdom of siding with young whippersnapper Hannibal and his elephants against the overlords of Rom. That was roughly in 218 BCE, whilst the Visigoth ruled here till about 530 CE. I don’t know, who started the cherries business, though …

and strawberries from the Rhône delta to our east.

Come to think of it, we got both.

As well as huge, firm thistles from Roscoff in Brittany, where the artichoke field’s stretch as far as the eye can see, as I discovered, when I worked at the Sorbonne Field Station there some, oh, forty years ago. 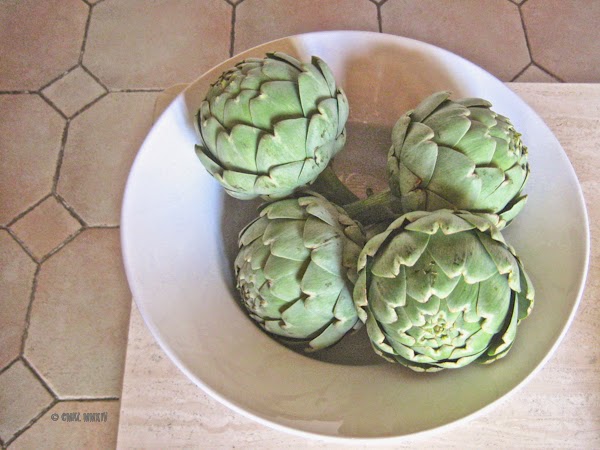 As you can see, there are four artichokes, indicating the main reason for not writing more detailed posts. Our friends from Costa Rica arrived the day before at the train station in Béziers and naturally, it has been a lot more fun to sit and chat, eat, drink, walk and eat some more, than punching keys.
Meanwhile, we took a little walk through old town with our friends.