Skip to content
Posted on May 22, 2014September 24, 2018 by CMKL
We owe our friends, who joint us for a while here in Pézenas, a large debt of gratitude. They aren’t idlers as we are. They’re go-getters and early risers, intrepid investigators searching forever new opportunities to broaden their horizons. Hence they grabbed us by our necks and pulled us along on their excursions, not against our wills, certainly, but against the heavy gravity of inertia. Without them, we would have missed so much of the remarkable diversity of landscapes and biotopes in the Languedoc. And vineyards. Many vineyards!
One of our quests to find the most outstanding wines of the region, brought us to Montpeyroux, a small town of about 1200 residents, a half hour drive NNE of Pézenas, on route to the Causse de Larzac, of which I shall report in a future post.

Montpeyroux has a varied and lively history. It gained some prosperity in the 17th and 18th centuries from its position at pilgrimage routes, creating an early form of the tourist trade, later augmented by the discovery of a spring with healing waters nearby.
The Montpeyroussians also traded in salt and rhubarb, and they hosted huge seasonal sheep migrations, the so-called ‘Transhumance’. But most of all, their wealth was built on the olive oil trade, which wasn’t always easy. In 1709 the Languedoc region was hit by such freezing temperatures that all the olive trees died. It took some thirty years to grow new orchards producing commercial volumes of oil. The farmers needed to switch to a different product and began to enlarge their vineyards. However, the area soon over-produced wine, leading to a slump in wine prices and another economic crash followed. So the vintners distilled eaux-de-vie-de-vin (French Brandy) from the red wine press residue, creating a new avenue of income. Of course, the great disaster of phylloxera insect infestation touched Montpeyreux as well, which wiped out wine production in the 1870ies. But the village survived, not in a small measure through the diligence of the women, who produced verdigris in clay pots in their cellars under great health risks to themselves. The verdigris was sold to textile manufactures as a pigment dye, as well as to shipbuilders in The Netherlands and England, who used it as caulk. The green copper product also had its uses locally, where it was applied to protect the vines from mildew. In modern times the introduction of fine syrah vines and streamlining operations through a village cooperative have put Montpeyroux back into a leading role in regional wine production.
The “castle wall” dragon-teeth painted on these immense tanks mirrors the outline of the ruins above the village: 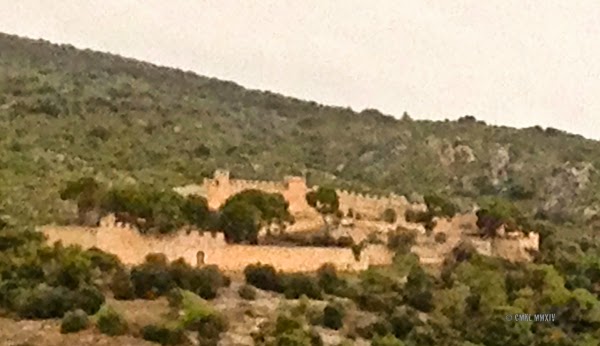 We were very impressed by the wine cooperative. A thoroughly modern enterprise concerned about bringing a legacy of sustainability and profitability to future generations in their commune, as well as the human community at large. 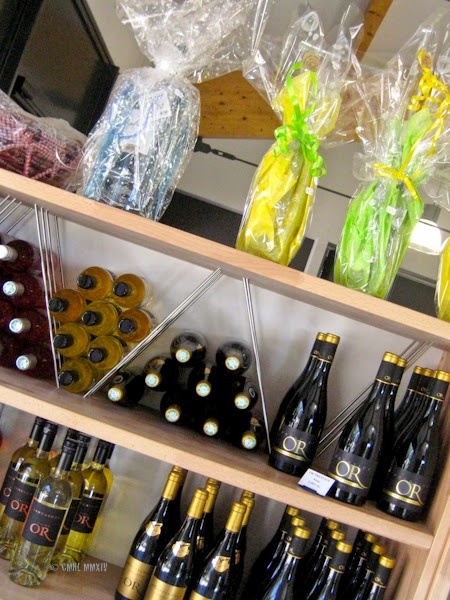 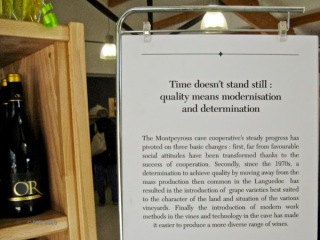 The products offered for sale at the cooperative are not limited to wines. Cheeses and other artisanal delicacies tempt the visitor also. 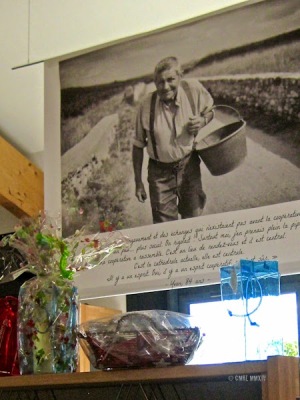 The large sales room of the cooperative is decorated with posters referring to varying aspects of the influence the cooperative has had and still is extending across all levels of village life.

The cooperative also has an exceedingly attractive bathroom – not unimportant for visitors passing through! 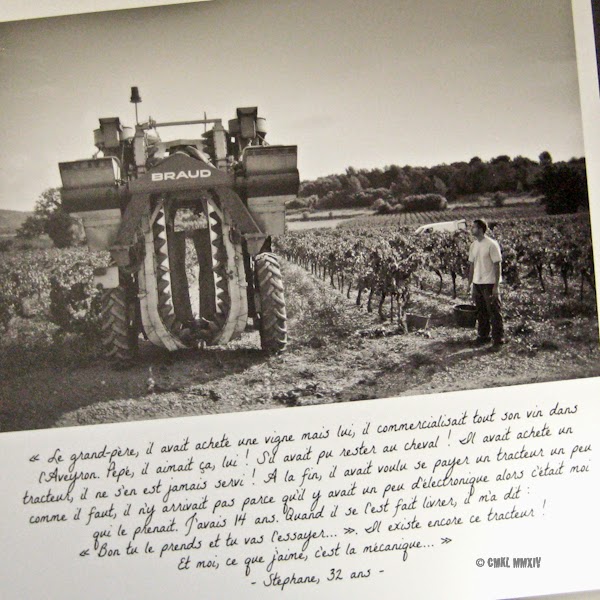 Naturally, we tasted a selection of wines and purchased a small quantity of Montpeyroux Coopérative Artisanale wines.

2 thoughts on “Spittoons & Bouchons, Part I”