We haven’t talked about food in quite a while, so I thought I’ll show you our recent excursion into Tex-Mex territory. Not having been in or around Texas for eight months or so caused an overwhelming desire for charred meats and frijoles or anything, really, with an unmistakable Texas flavor. Upon the fortuitous re-discovery of a jar of fajita seasoning, we had brought to France in one of our many suitcases last year, the game was on.

Marinating some steaks in this mix overnight in the fridge was the first step. The rest was equally easy, just dicing and slicing some juicy vegetables and uncorking a bottle of Bordeaux. First you roast bell peppers (poblano peppers would have been my preference, I adore the flavor of poblanos, but they’re unavailable in Saintes, Charente-Maritime, France) on an open fire or an appropriate substitute.

Then, while the peppers cool down in their little paper sacks, slice a truckload of onions and a handful of garlic cloves, plus some jalapeños, if possible.

Gently soften everything in a pan, adding freshly ground pepper, salt, cumin, coriander, and lime juice, while getting out your shredded cheeses and sour cream. We broiled the steaks before slicing them very thinly against the grain. And the microwave works great for plumping up some so-so store bought tortillas.

Last, but not least, enjoy an especially nice drop of Red with your Frenchy Texan-style dinner 🙂 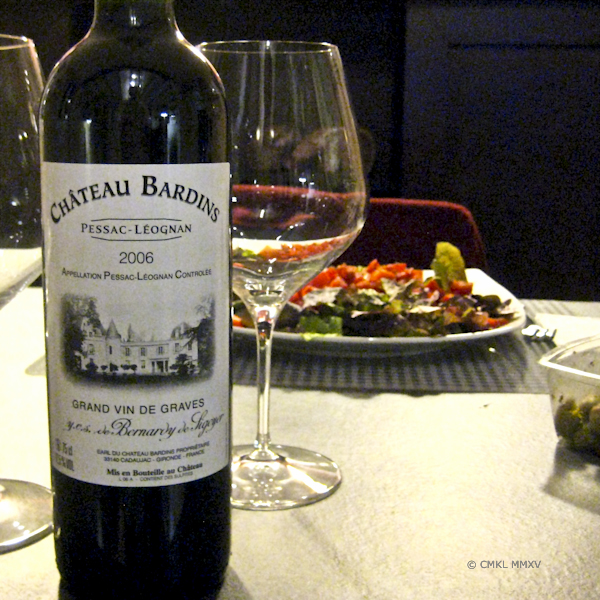 One thought on “Fajitas, or so”