The most famous construction site in the world. Cramped into an intersection of busy roads, dwarfed by cranes, wrapped in protective skins, engulfed by traffic noise, children’s squeals, honking mopeds and an undulating sea of humanity from all corners of the globe.

This is what you see when you first emerge from the Metra. An odd accumulation of spires and openings and gothic-style church windows all piled on top of each other.

We arrived well ahead of our prescheduled entry time and had to loiter in front of the Nativity Façade for a while, crossing the street to get a better overall view. 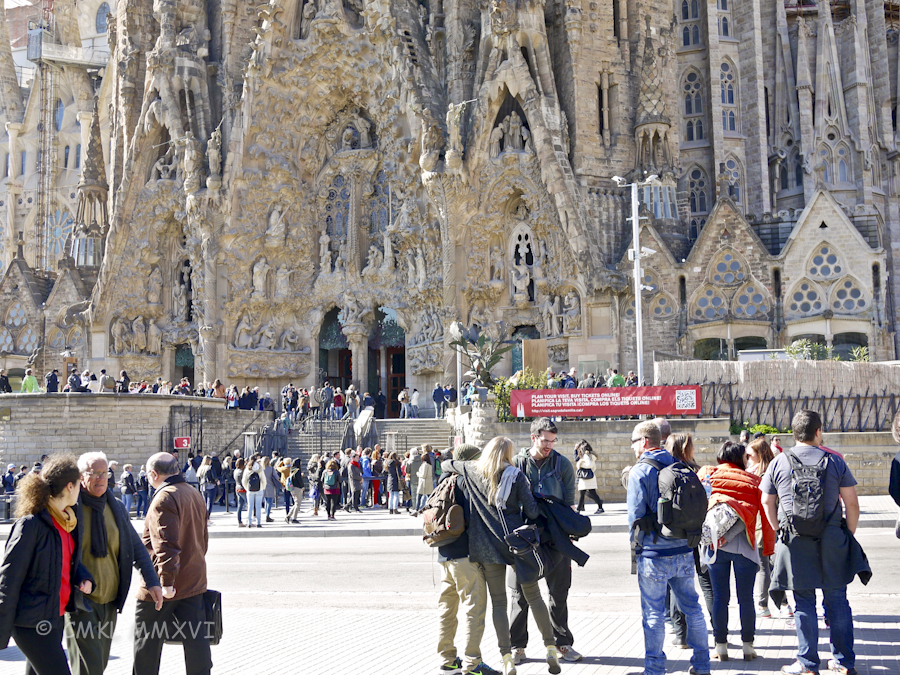 I have to admit that I didn’t like it at all. The towering front appeared clumpy and brown as if giants had thrown hands full of clay at the building obscuring the intended design.

My disapproval of Gaudí’s artistic expression was deflected by the arrival of a truck heavily loaded with cut sections of granite. It stopped at the red light in front of us but didn’t proceed with the rest of the traffic, when the light changed back to green.

Oh, how I would’ve liked to mark one of these stone with my CMKL signature, knowing it would come to rest way up there, according to Gaudí’s design.

Instead, it was time to enter the church proper, to start looking around, absorbing, and appreciating the Master’s work. Well, almost. After picking up our audio guide gizmos, I noticed these workers high up against one of the windows of the Nativity Front. 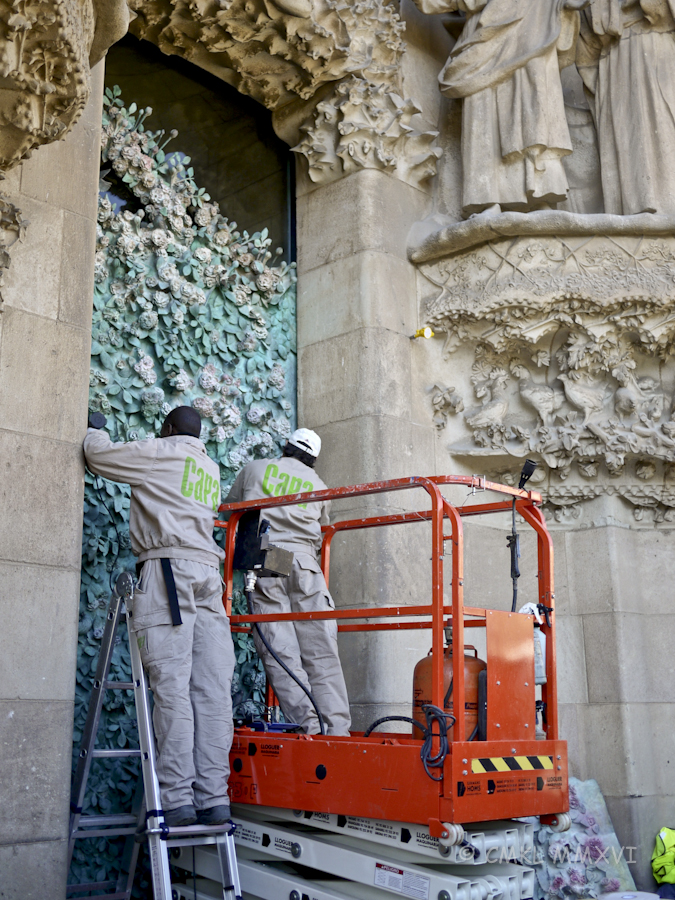 Tall panels screened them from us tourists, leaving just enough space to peak in. Later in the day, I got a better view of their painstaking restoration work. 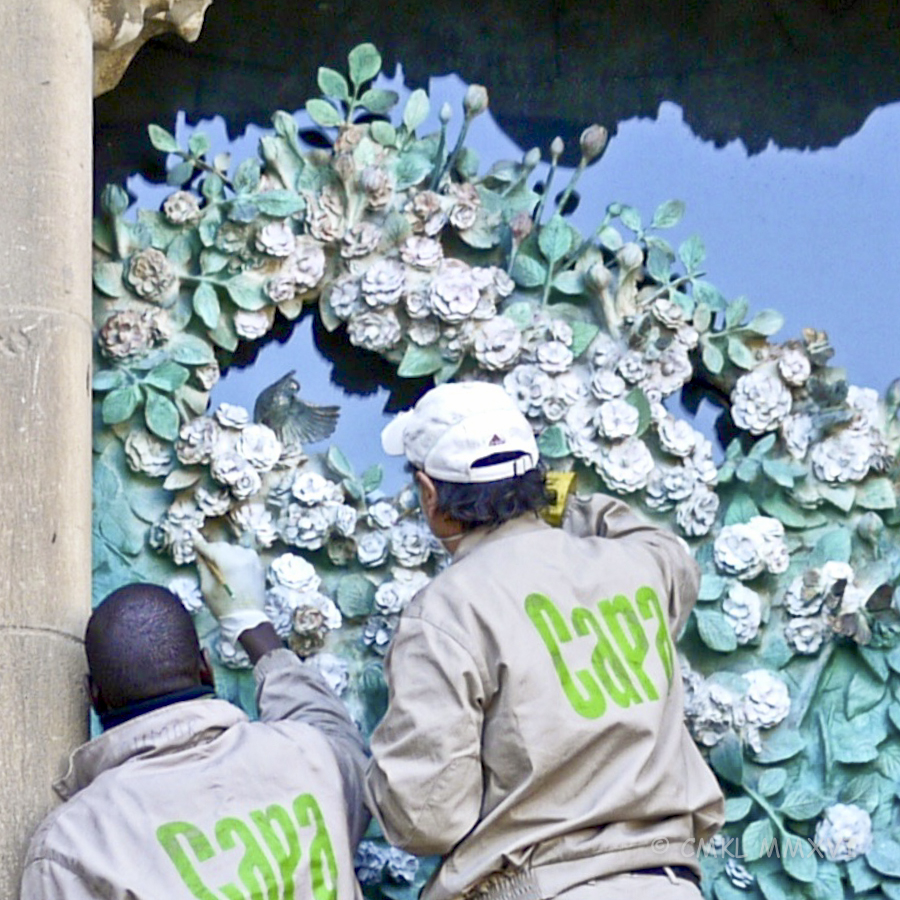 From the Nativity Front, you enter the basilica through a set of tall copper doors of tremendous dimensions. Yet, there is a light and airy feel to these portals. Just as in the picture above, the surfaces all around you are decorated with flora and fauna in abundance. These images are executed in either stone or metal, and since they cover extra-large areas, the overall effect is somewhat overwhelming.

Everything in the Basílica de la Sagrada Família is highly detailed, multi-layered and colossal.