While I wait for my husband to get ready, let my throw a few statues in your direction. Through their taxes, the Bavarian people have recently completed renovations of the wing of the Residenz in München, which houses the Bavarian State Collection of bronzes.

The Residenz was the city home of the Wittelsbach dynasty. A palace filled with treasures, a showcase representing the might of the Bavarian rulers. It is a sprawling complex of buildings surrounding large and more intimate courtyards and gardens. Its mission was to impress others and it was spectacularly successful. 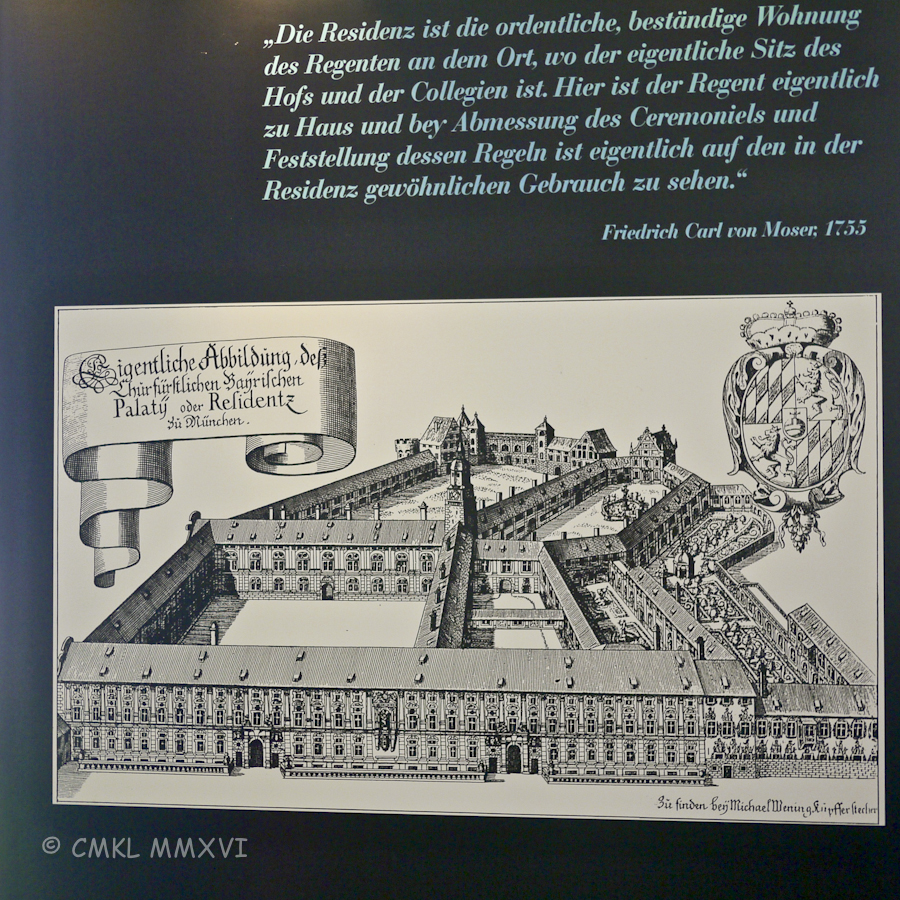 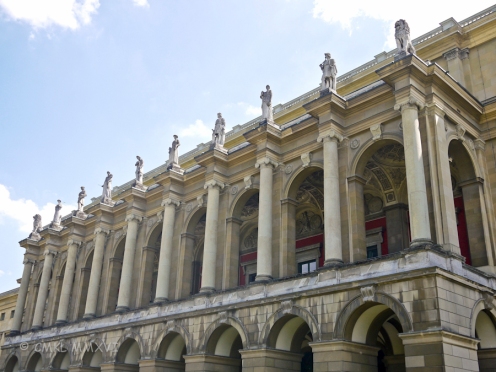 Detail of a façade 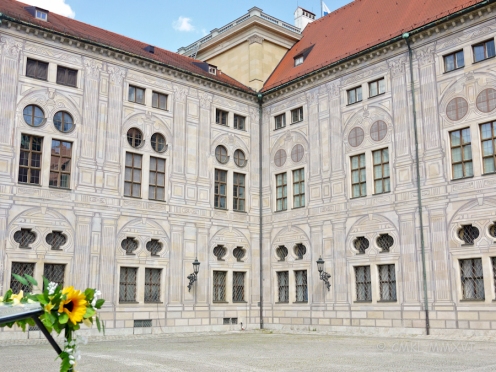 Detail of one of the courtyards

But for today, we’re only going to visit the statues. 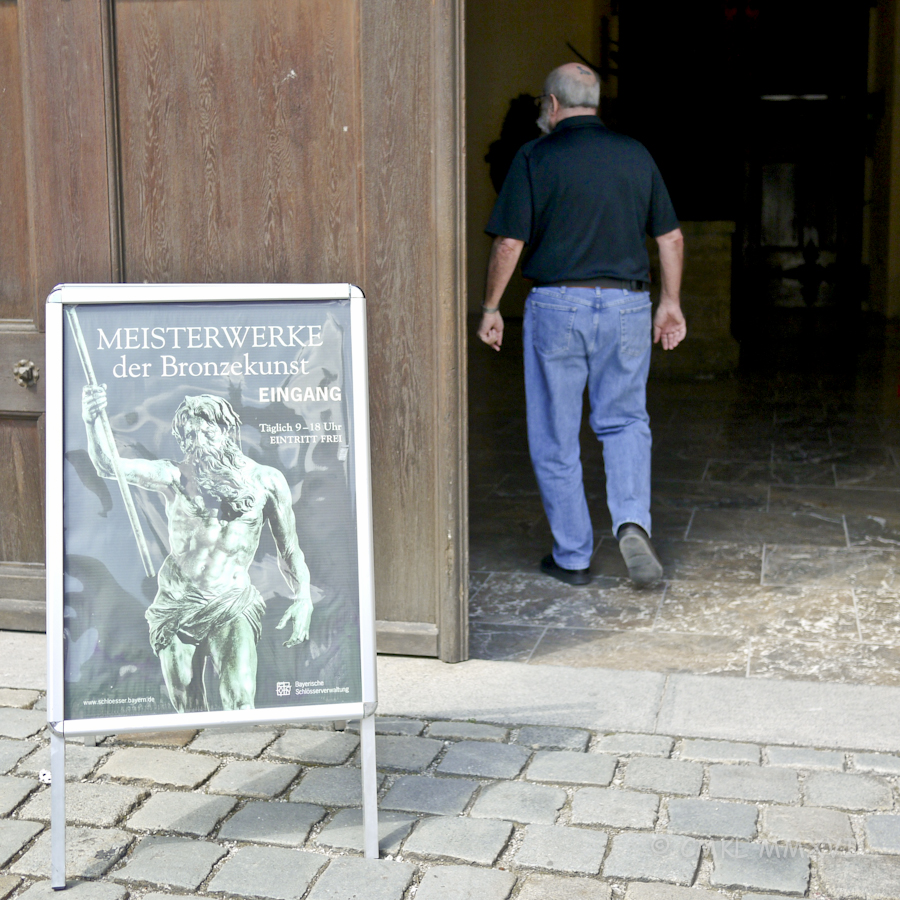 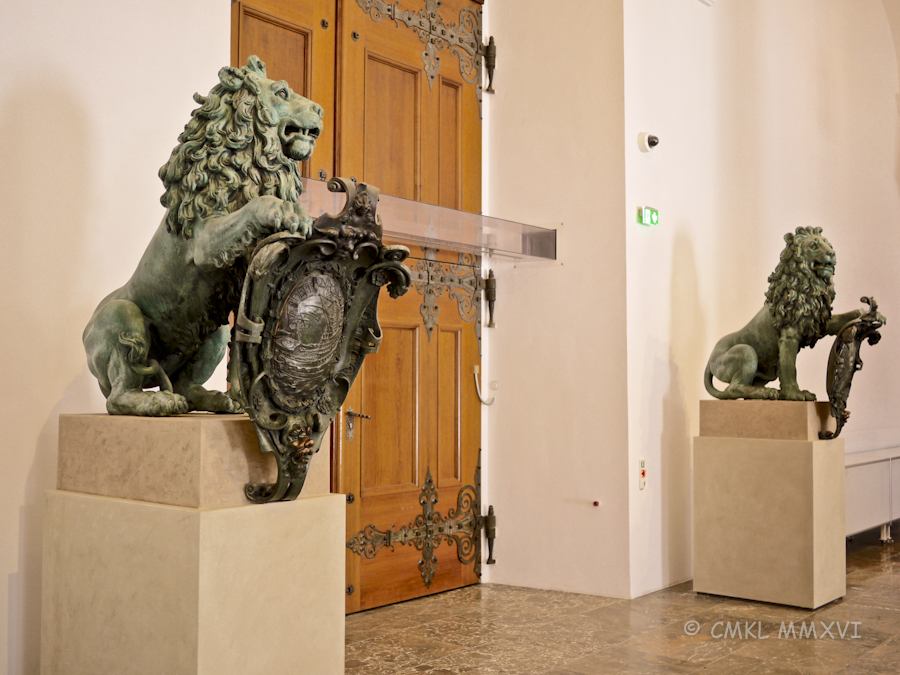 First in line, naturally, the ever-present Bavarian Lions with Foresight and Impartiality not far behind to guide the princes. 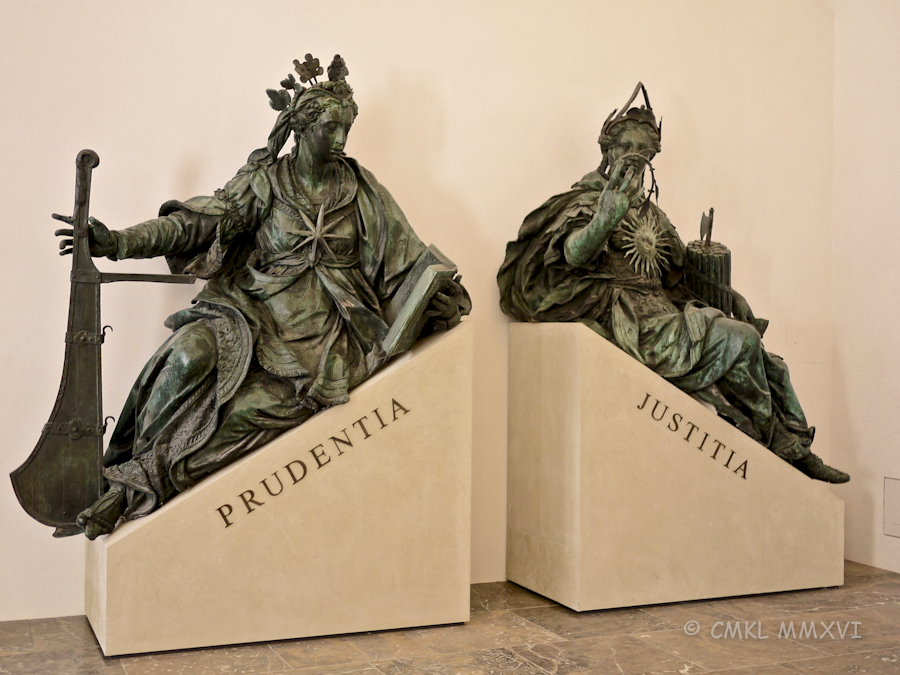 The scantily clad young lady below, on the other hand, presents quite a funky picture. See how she casually drapes a stag’s hide plus head and antlers over the crook of her elbow like other females might carry a purse? Meet Diana, Goddess of the hunt and the moon. Or is it? The little barrels at her feet seemed confusing, so I had to do some research into Bavarian statuary. Neither Greek nor Roman, neither Artemis nor Diana, this lady is born and bred Bavarian: Tellus Bavarica, mother earth of Bavaria you might say. An allegorical statue representing the earthly riches of Bavaria, wildlife, agricultural products including wine, and last but not least the all-important salt mines. I read the bronze was cast by the dutch sculptor Hubert Gerhard around 1580, but another theory suggests he actually created a statue of the Goddess Diana, which was then refashioned in 1623 as Bavarica by ducal architect Hans Krumpper. Courtly intrigue! 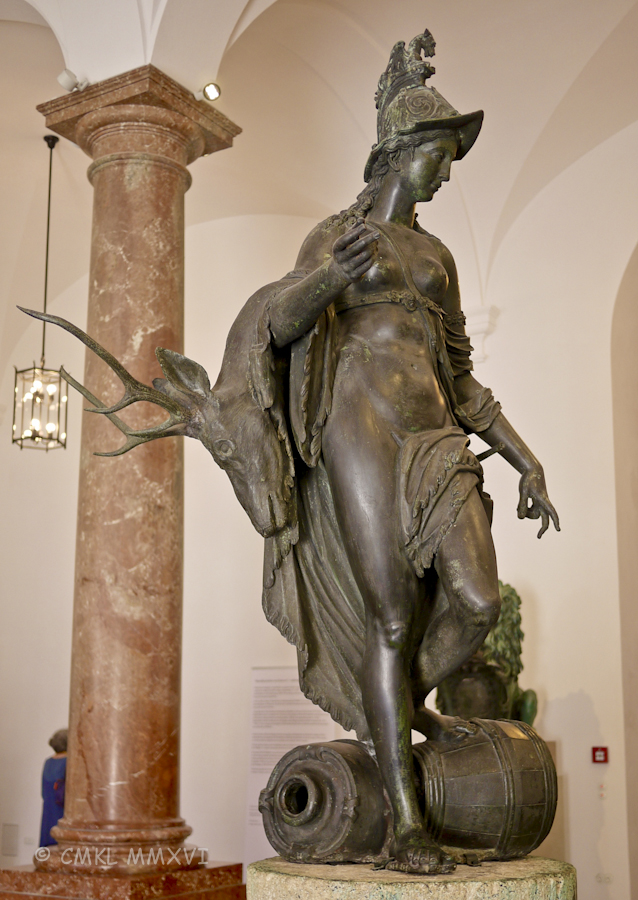 And then there are the putti. No castle garden nor castle fountain shall ever be without pudgy putti. Come to think of it, even my grandmother’s garden had putti representing the four seasons.

I am not a big fan of putti. Though they are usually adorned with adjectives like cute and chubby, and they sometimes have wings pretending to be angel-like, I find them, possibly not quite sinister, but definitely creepy. Just look at the facial expressions of either putti or the creatures with which they associate. 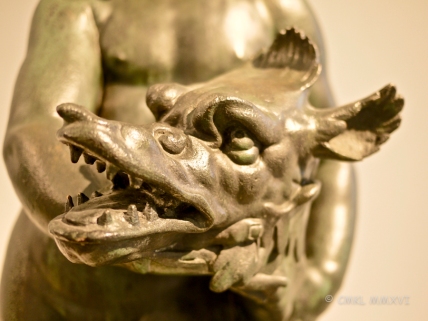 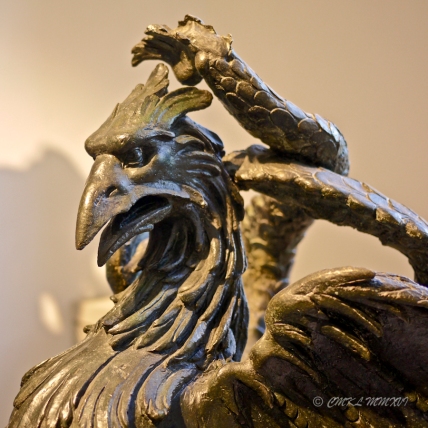 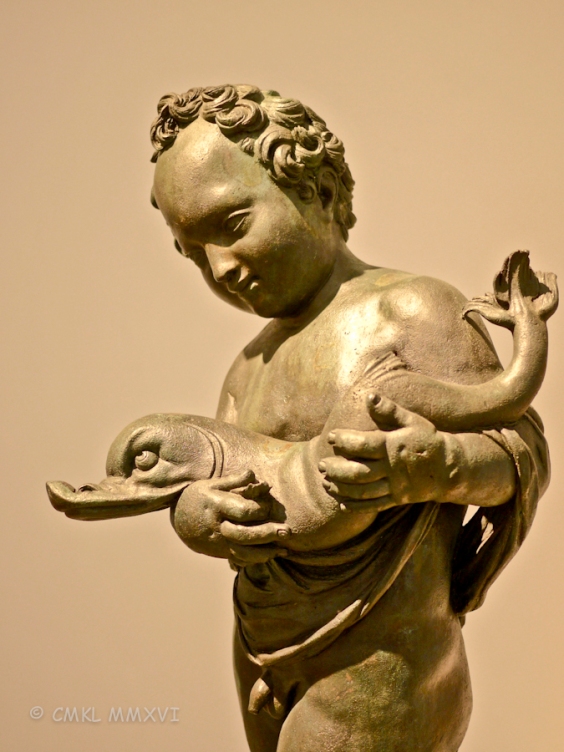 Better to quit the bronzes and have a beer! But before I close, I want to leave you with a teaser, with a visual amuse-gueule to whet your appetite for other parts of the remarkable palace called Residenz.

One thought on “A Bronzy Interlude”