After a comfortable train journey down from London on Sunday afternoon, we began our exploration of Plymouth in Devon, the Devon of clotted cream fame, on Monday morning. We had already done a quick run to the supermarket and started to get to know our immediate neighborhood after our arrival. Even though our ever-changing view made it exceedingly difficult, to summon energy and determination to leave the house! 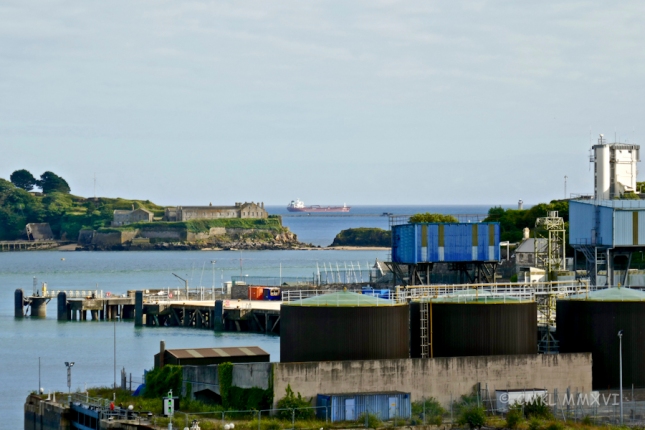 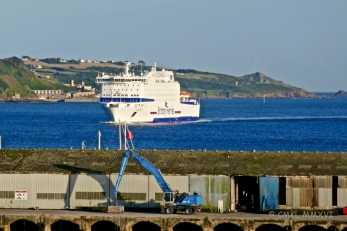 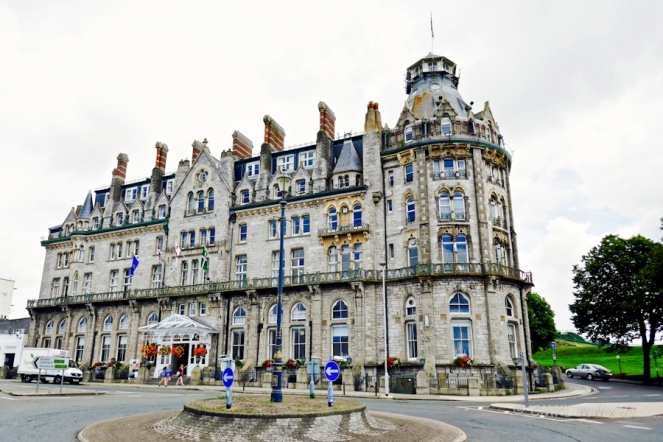 The majestic Duke of Cornwall hotel around the corner

Olympic fan-zone in the center of the shopping district 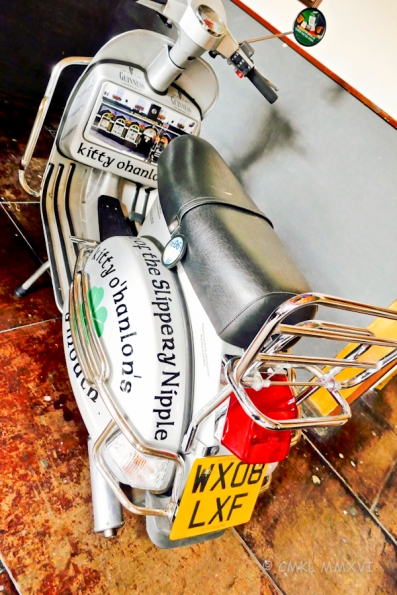 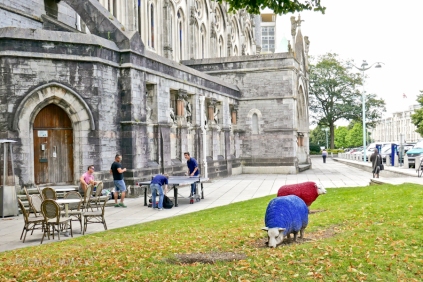 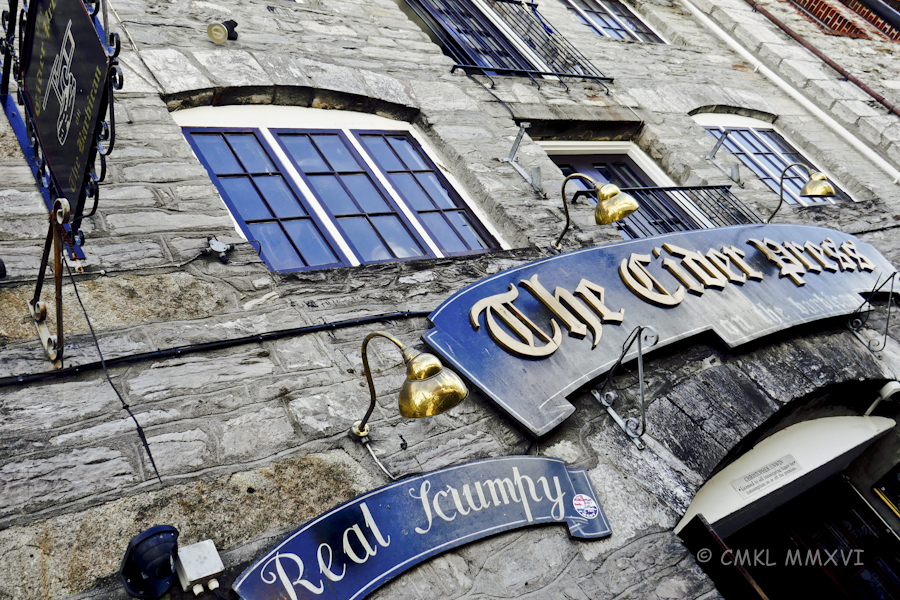 As we wound our way through the center of town, then edging ever nearer the Barbican, the oldest remaining neighborhood of Plymouth, which had suffered great damage through German bombing in WW II, we suddenly came upon a ship. And speaking of old, this one certainly appeared quite ancient! 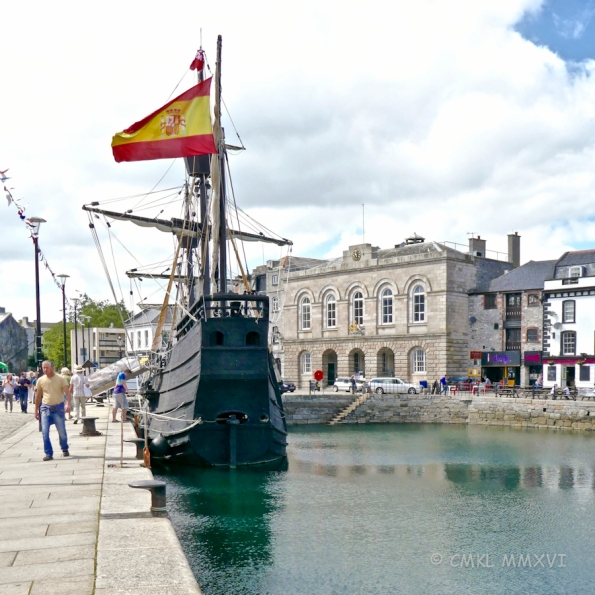 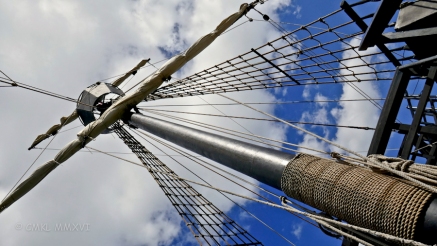 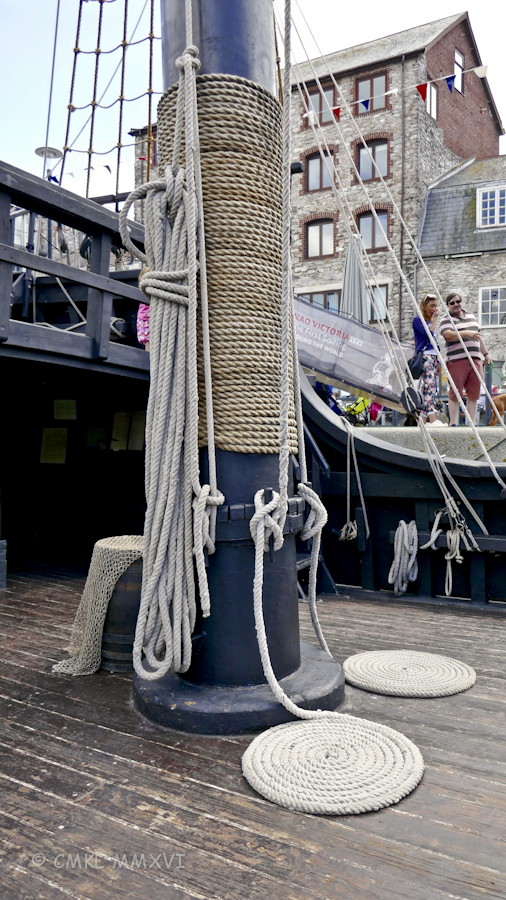 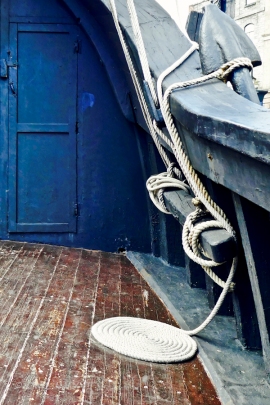 Such a skinny little thing! This is a faithful replica of the carrack Victoria, which completed the first ever circumnavigation in 1522, thus proving beyond any doubt that the world is definitely not a flat pancake, with or without syrup.

This bird was way too interested in our fish & chips lunch!!

The Spanish “Armada de Molucca”, the Castillian spice fleet under the command of Portuguese Captain Magellan with his flagship the Trinidad, our little Victoria and her sister carracks San Antonio and Concepción, as well as the small caravel Santiago, left the Spanish shore on September 20, 1519 to sail on a new route to the Spice Islands, also called the “East Indies”. Magellan wanted to sail west around the new continent of America, so named in honor of Amerigo Vespucci in 1507 by cartographer Waldseemüller, and bring back a fortune in nutmeg, cinnamon, and cloves for the Spanish Crown.

Four of the five ships and all but 18 of the possibly 270 crew [records vary] perished during the arduous journey, including the expedition leader, unlucky but forever remembered Fernão de Magalhães.

Since the easterly route to the East Indies, around Africa toward India and beyond was already “owned” by the Portugues, the objective of Magellan’s expedition, sanctioned by the Spanish monarch and financed by wealthy merchants, among them the Fugger family of Augsburg [now Germany], was to find the badly needed western commercial route to the Spice Islands. The one that Columbus was supposed to find when he stumbled across that new continent in 1492, which halted his westerly progress. Columbus never admitted to having been stopped short by a landmass nobody know was there in the first place. Hence he named the indigenous peoples “Indians”.

Magellan and his captains were either killed in warfare, executed for mutiny or murdered by indigenous peoples, while the regular crew died of starvation on the high seas. Only one experienced seaman, not a captain officially, but such a brave soul remained to steer the Victoria home to fame.

The Basque able seaman and navigator Juan Sebastián Elcano finally made shore back home in Spain on September 6, 1522. He brought back a leaking nao Victoria with a starving crew of 17 or 18 Europeans plus 3 or 4 Malay or Tamil people, shredded sails and a hold filled with 26 tons of cloves and cinnamon. The ever grateful Spanish king pardoned Elcano’s offense of having mastered a ship without a captain’s patent* and awarded him a coat of arms with the motto Primus circumdedisti me [“you went around me first”]. His surviving fellow crew members were never paid in full … the Holy Roman Emperor Charles V always was short on funds.

[* Elcano led quite a colorful life. After having served in several wars for Spain, Elcano captained a merchant vessel, which he illegally sold to Genoan bankers to pay off some serious debt. In ordered to escape his certain punishment he volunteered for a subordinate position in Magellan’s expedition. While the Spice Armada waited out the southern hemisphere winter in [now] Argentina, Elcano participated in a mutiny against Magellan. The instigating captains were executed and Elcano had to serve a stretch of hard labor before being put in charge of the galleon Santiago, which promptly sank in a storm. The surviving Santiago crew was distributed across the remaining four ships destined to make the maiden voyage through the Strait of Magellan and into the waters of the “Mar del Sur”, the Southern Sea, as conquistador Vasco Núñez de Balboa called it after his overland crossing of the Isthmus of Panama in 1513 and which Magellan ever so hopefully named the Peaceful Sea, “Mar Pacifico”. Well, only three ships actually continued their westward journey. The cowardly captain of the nao San Antonio got cold feet in the Strait, turned around and sailed straight back to Spain.]

In 1572, in celebration of the fiftieth anniversary of the circumnavigation, Charly V’s son king Felipe “el Prudente” II of Spain conferred the hereditary title of Marques de Buglas to Juan Sebastián Elcano’s male descendants, despite the fact that Elcano had never married. However, a certain Doña María Hernández Dernialde bore him a son she named Domingo and whom Don Sebastián legitimized in his last will before embarking again for the Spice Islands in 1525. An expedition during which he died of starvation somewhere in that peaceful Pacific ocean. “Buglas” is the ancient name of an island in the Visaya region of the Philipines, which is now called Negros. The 17th and current Marquis de Buglas resides in Silay City in the province of Negros Occidental, Republic of the Philipines.

Zoom shot of the Victoria as she crossed Plymouth Sound on the way to her next gig in Morlaix, Finistère, France. She’s not under sail because of unfavorable winds. The type of rig she carries is meant for sailing downwind and only allows a deviation of about 15º from center to either starboard or port respectively. This makes for a steady ride across the ocean but limits maneuverability. The picture below is the real-life view of Victoria leaving Plymouth as seen from our balcony. Although she’s just a tiny speck near the horizon her distinctive silhouette immediately caught my eye. 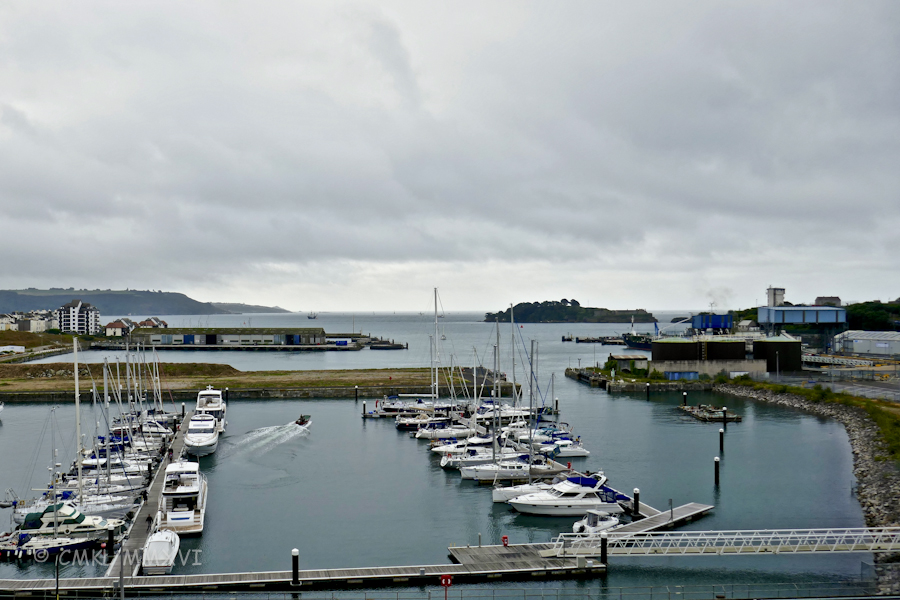