As I sat down to write this new post, I felt confident that it would be easy to compose. Wasn’t it simply a matter of posting a series of pictures I had taken while walking through the permanent collection of the museum? But when I reviewed my material, I found a great number of disjointed images that couldn’t begin to show the striking collection in a halfway reasonable manner. In the museum, exhibits were accompanied by posters, film clips, sketches, any manner of visual and auditory aid imaginable to put each item in its proper context for the visitors. Sadly, I can not possibly recreate the sensory stimulation associated with an actual tour of the designmuseo, Helsinki. Go and see for yourselves, it’s fabulous!

The cyber-industry is especially strong in Finland where an electronic lifestyle is more common than anywhere else. 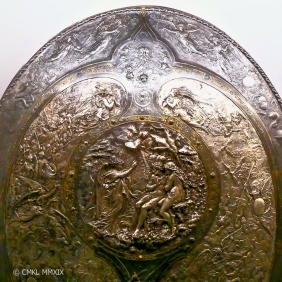 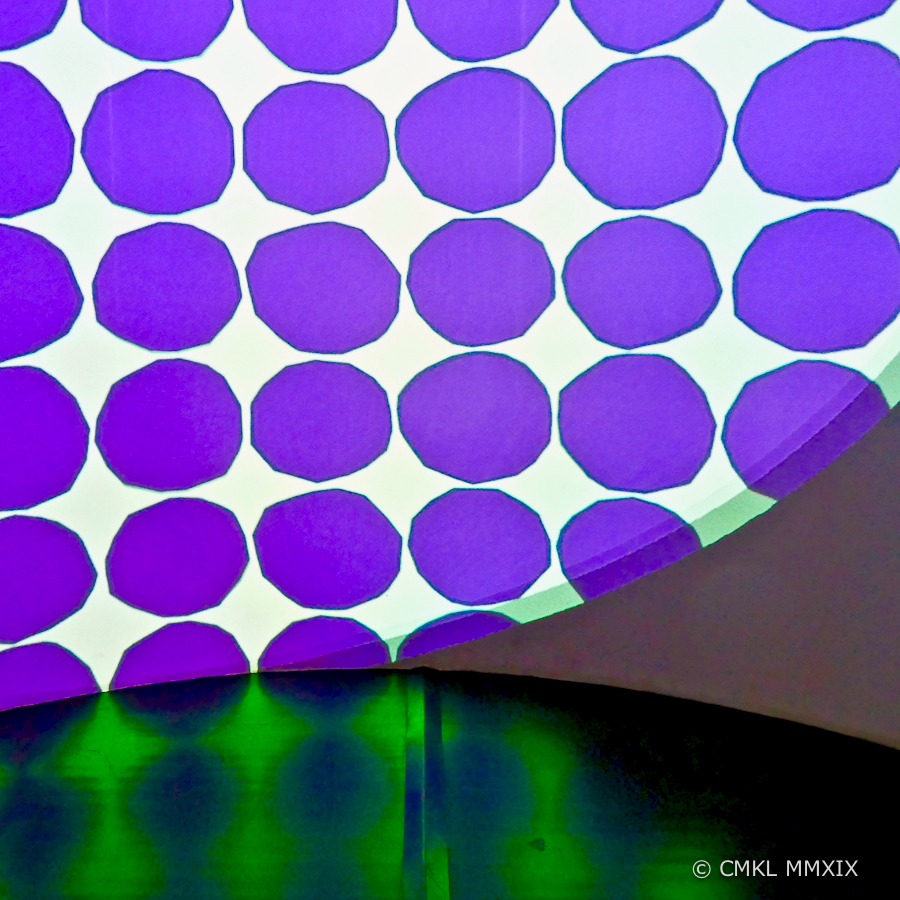 In the end, I selected just a few pictures of pieces which were representative of their era, or works of art so pure, they touched me deeply, and a few that simply made me smile.

This small table lamp is the quintessential Bauhaus symbol. The WA24 was designed by Wilhelm Wagenfeld who enrolled in the Bauhaus Weimar program as a young silversmith studying initially under László Moholy-Nagy. Wagenfeld designed for such well-known companies as Braun, Rosenthal, WMF, and others. In 1932 he created an iconic glass teapot for the Jenaer Glaswerke, variations of which are still used today.

One of the most intriguing glass pieces for me was the 1946 Kantarelli vase by Tapio Veli Ilmar Wirkkala [1915 – 1985] who was a glass artist, sculptor, industrial designer, and woodworker. Wirkkala brought unique aesthetics to his art based on his love and respect for nature. Yet his work also included such practical items as the initial 1970 Finlandia “Frozen Ice” Vodka bottle. To create it, Wirkkala perfected a glass blowing technique to produce glass that resembles ice.

Whereas the image below by photographer and cinematographer Henrik Leppälä captures the elegant essence of Wirkkala’s leaf perfectly. I took the photo without permission from the ePublication Yle. I did get in touch with Yle but haven’t received their permission yet. Looking at it here might be illegal, so you better squint kind of sideways just in case …

During some background studies, I learned that Tapio Wirkkala was married to an equally accomplished and highly regarded artist, the ceramist Linnea Rut Bryk [1916 – 1999]. If you should find yourself in Japan between now and the end of 2020, don’t miss her extraordinary exhibition, a “biography without words” called Touch of a Butterfly celebrating Rut Bryk’s œuvre!

Further astounding Glass Art pieces I encountered in the museum were the work of yet another remarkable Finnish designer, Timo Tapani Sarpaneva [1926 – 2006]. Like so many of his esteemed colleagues in the Finnish design world of the 20th century, Timo was a Tausendsassa of craft and art, working with glass, metal, wood, textiles, and porcelain. Although he may be best known for his glass objects, he also created utilitarian household items like dinnerware. One of his designs from 1959 is still popular and selling globally, in this case on amazon.fr, the Sarpaneva cast-iron casserole …

I don’t know who designed the Drinking Reindeer dome.

As one would expect in a Finnish design museum, one inevitably stumbles across one or more of the Aaltos’ designs.

In Finland, art and industrial design aren’t solely tucked away in their remarkable and diverse museums, they thrive in shops and studios across the country. The best-known manufacturers of art & design consumer products for the international market might be Iittala, Arabia, Marimekko, and Artek.

During the 146 years of its existence to date, the Designmuseo Helsinki collected the best of Finnish and international design resulting in archives of 75 000 objects, 45 000 drawings, and 125 000 photographs, all of it revolving around the roughly one thousand designers represented in these hallowed halls.