Skip to content
Posted on February 24, 2012August 27, 2018 by CMKL
The German mnemonic:
“Drei-drei-drei bei Issos Keilerei”
(three-three-three at the battle of Issus)

will pop to the forefront of my mind every time I see anything associated with ‘333’, in which year Alexander the Great defeated the Persian ruler Darius III in the Battle of Issus. This event, the first of three major battles at this location over the next 900 years or so, took place at a village or river called Issus (Issos in Greek) near the present day town of Iskenderun, Hatay Province, Turkey. Issus is believed to have been located in the narrow coastal plain between the Mediterranean Sea and the Nur Mountain range. Our famous young Makedonian used this landscape feature so cleverly in a drawn-out game of cat-and-mouse that Darius Codomannus, last king of the Achaemenid Empire of Persia, couldn’t deploy his overwhelming force effectively. This victory established Alexander the Great’s reputation as a superb military strategist, even to this day and made him the idol of subsequent warriors, among them my good friend Hannibal the Carthaginian. Of course, Alex’s unique problem-solving skills were equally well developed, to wit his Gordian knot solution!

My triple-three-triangle, however, refers not to warfare but to the driving distance connecting the waypoints of Mountain Home to the West, San Antonio to the South and Austin to the East, which adds up to approximately 333 miles laid out in one big Texan triangle.

We drove this triangle earlier this week when I had to visit La Migra in San Antonio to be fingerprinted and photographed for a background check to be conducted by the FBI.

The San Antonio USCIS Support Office is easy to reach, but it’s a 2.5 hrs drive from the ranch, a little more during rush hour traffic. Naturally, the well know ‘Law of Proportional Time Space Reversal’ assured that I had to appear at 8 AM. While contemplating for which ungodly hour to set the alarm, it dawned on us. We’re old fuddy-duddies. We no longer rush through night and fog for the thrill of breaking all speed limits in a futile attempt to make an appointment on time. Those adventures have moved into the realm of exhilarating memories, to be re-told incessantly for the benefit of increasingly bored listeners. No, let reason prevail, grab your travel kachina and find the closest motel to your appointment location. And so we did.

One of the necessary evils or pleasures of travel, depending on mood, location, pocketbook, and degree of fatigue, is the restaurant selection for one’s meals. Upon arrival at the motel in San Antonio, we chose to stay close and spend little. We hit a local chain joint next door, ‘Chester’s Hamburgers’. Chester’s have been flippin’ burgers for over 20 years and enjoy a mostly positive reputation in SA. I wouldn’t know, because I had a grilled chicken sandwich, but Barry liked his burger. We agreed with the majority of online reviewers that the french fries flopped fatally. Unfortunately, I only read those reviews after the fact. The online crowd also condemned the decorative aspects of this burger haven. Again, I have to agree with the general assessment of cookie-cutter roadhouse imitation. But I like neon sculptures, so what the heck. 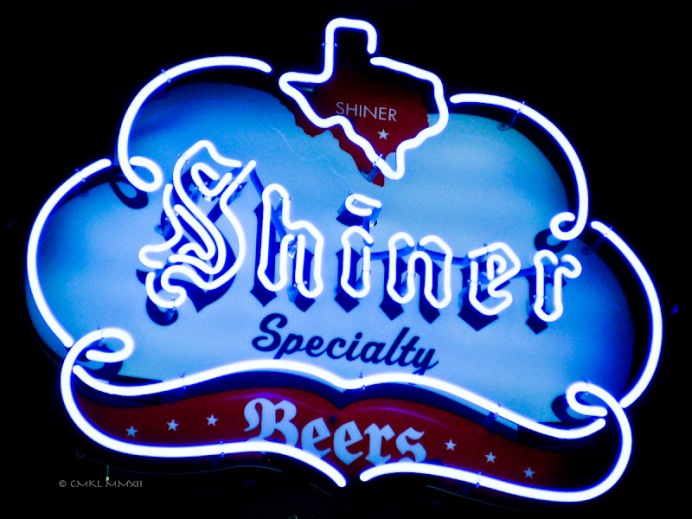 From our next stop, Austin, I can add a couple more unofficial restaurant reviews. First we celebrated our daughter-in-law’s birthday at Paggi House, a highly regarded restaurant. It was a wonderful evening, very enjoyable for the company and the mood and the cooking as well, except for one significantly below par entrée. I will have to contact Paggi House directly because we didn’t want to introduce a negative note to the evening by complaining, but it was too major to just overlook. Their apple empanada dessert was heavenly, though!

The following day we successfully raided IKEA in Round Rock for odds and ends to take back to Costa Rica. One can not set foot in an IKEA shop without eating something in their cafeteria. From Swedish meatballs to chocolate almond cake, delicious coffee or lingonberry juice – and all at very reasonable prices. My perennial favorite, not just in IKEA, will always be gravlax with gravlaxsås, meaning, literally, buried salmon with dill and mustard sauce. The fish is not smocked but cured in a dry mix of sugar, salt, and dill. In the olden days, Scandinavian fishermen used to bury the whole shebang in sandy beaches above the high tide line for fermentation, but modern processing has switched to refrigeration instead, thankfully.
One item of clothing that started the triangular trip with us never advanced beyond San Antonio. My late father’s driving cap, which I like to wear on wintery days, was accidentally left behind, decorating the armrest of an easy chair in our motel room. It was a close color match and I didn’t notice it in the morning. Luckily the manager was kind enough to mail it to the ranch and I found it safe and sound in our mailbox today. 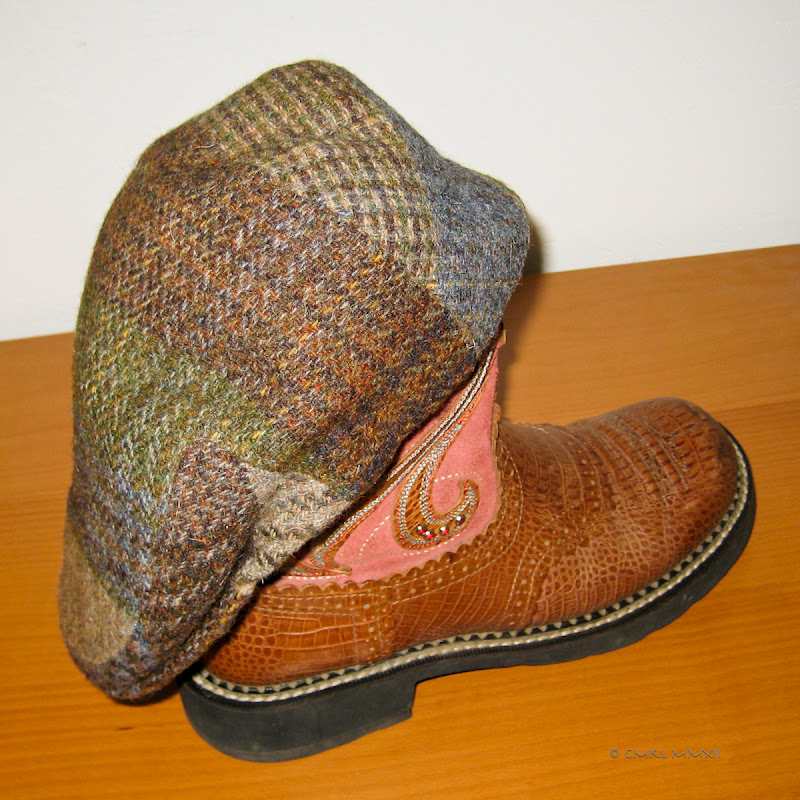 2 thoughts on “Triple-Three-Triangle without Persians”