Walking past the old Charité hospital for the poor, hurrying down Rue des Jacobins, hoping no revolutionaries will dash from the allies, demanding to see my tricolor …

… approaching Cathédrale Saint-Pierre, where I turn left toward the river, crossing la Charente over a small footbridge to the right bank.

From there, I can look back toward the hospital, crowning the hill above the Old Town center. I soon reach a tunnel connecting the towpath with the Nature Preserve beyond. 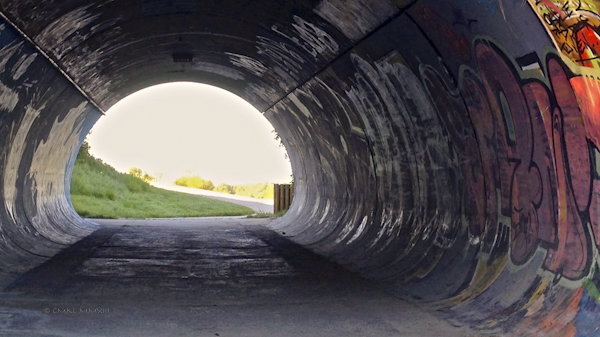 The tunnel is graffitied all-around.

The vast expense of wetlands, which spreads before your eyes as you exit the confines of the tunnel are filled with birdsong and bright sunshine.

This large protected area, practically in the city, is called La Palu. It is located very close to the public gardens of Saintes, where we’ll be heading next.

On the way to the gardens, I encounter a river cruiser, with it’s hunched over captain, speeding by the Saint-Pierre cathedral and elegant river-side mansions. 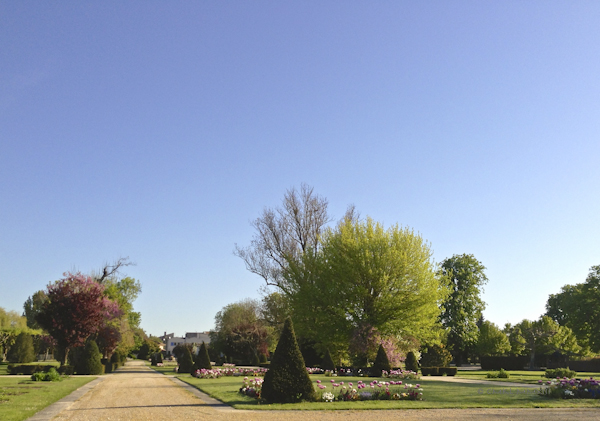 The public gardens are a funky mix of formal layouts and …

… quirky moments. I expected this un-named Roman Goddess to fall over backward at any moment.

I hoped for this peacock to move out of the shadows so that I could take a halfway decent picture. Never happened, he insisted to remain hidden, despite the lure of a very attractive peahen. 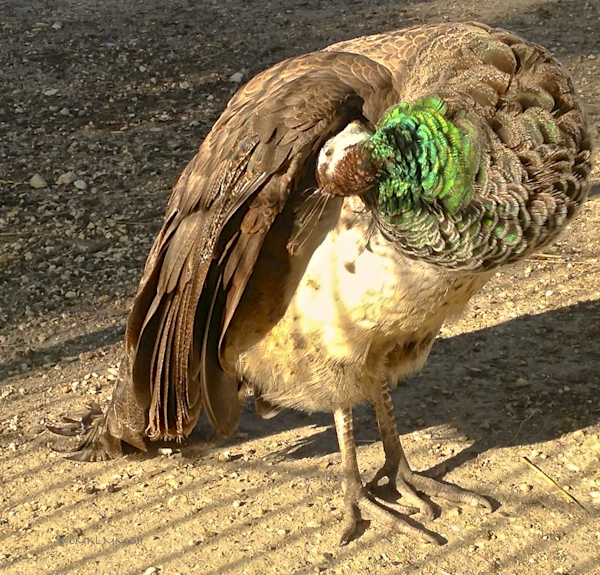 She really was beautiful. I loved the way her feathers drape so richly – her feet might be a smidgen large, though, for classic beauty standards 🙄 Moving on, my eye caught a bright pink, solitary blossom right next to a wastebasket.

Leaving the Jardin Public to cross back to the left bank toward home, I came across a different, unexpected sight … 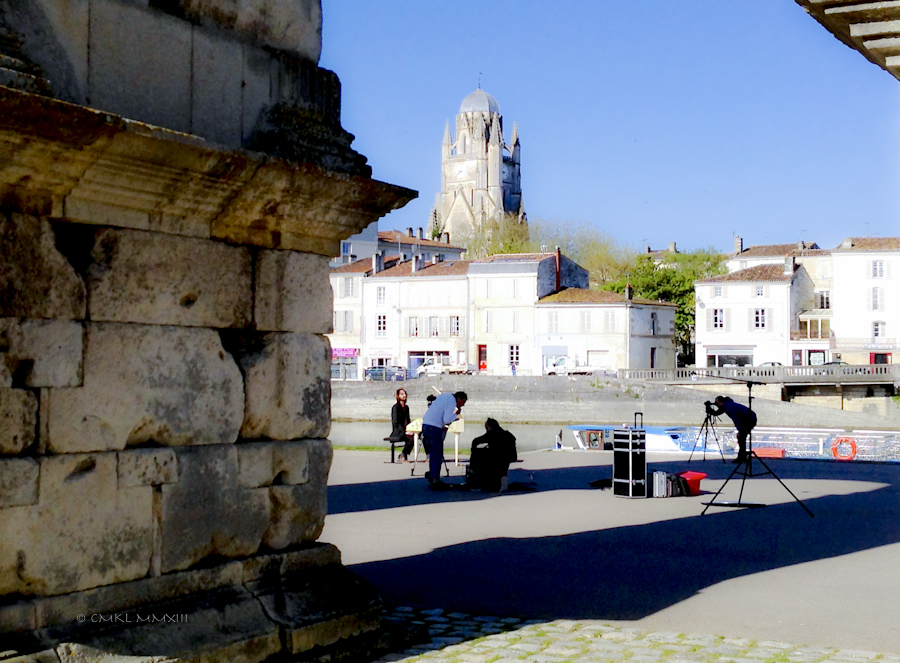 Under the harsh shadow of Germanicus’ Arch, a professional shoot is happening. A new CD? A commercial? We’ll never know, but I shall always remember the beautifully painted spinet and it’s shyly smiling musician under the ancient stones.

All that remains is a jog along the Charente river, then up into the hills of quartier St. Vivienne, past the Roman Thermae and the cemetery, closing the loop toward home, where a croissant awaits…which reminds me, I still have to post about the Roman Baths and another one about the graffiti, I discovered behind the hospital.

Thanks for jogging along with me!