Skip to content
Posted on June 24, 2014October 2, 2018 by CMKL
Sometime during late May, I noticed a pair of swans, Cygnus olor, cruising on the river Charente in front of our house. Swans, for whatever reason, always create an event, a noticed occurrence, a not-to-be-missed phenomenon. About a half a mile upriver from us is a protected wetland area, called La Palu. I suppose ‘our’ swans live and nest right there.
On June 3, as we were casually looking out the window, we discovered a third swan, well, a swanling. She or he was swimming valiantly in her or his parental wake. A first outing for the little one, no doubt. Later on that afternoon, I captured a long distance glimpse of the youngster.

The next day, while the City of Saintes was power washing the stone banisters along the Quai de la République below our windows, only the parental units were in evidence. I guess, the baby was tucked away safely in the watery prairie on the right bank of the river.
Two days later we left for a fortnight in Germany.
Fast forward almost three weeks to a much more mature cygnet! These are some of the images I shot yesterday. We’re now looking at a teenage swanlet, bravely imitating all it’s parent’s actions, learning, learning furiously to be ready to take flight one day.
Here you see Mom or Dad – hard to tell the difference! 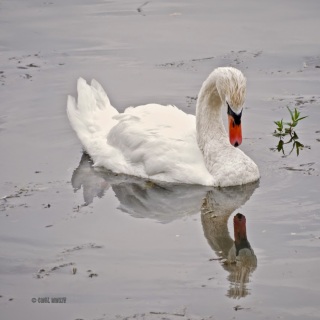 and here’s their cygnet

He (for simplicity’s sake, I’m settling on one gender) has the tendency to pull up one leg over his back. At first, I thought, he might be crippled, but I watched him peddle bipedally quite nicely, so it might just be a developmental stage.
It was fun to watch him watch his parents and attempt to follow their actions and activities. As in this diving lesson: 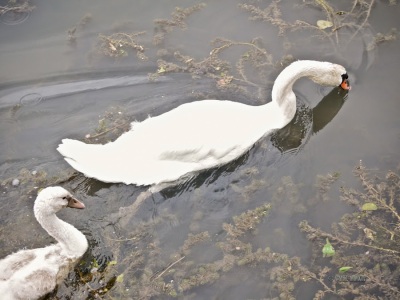 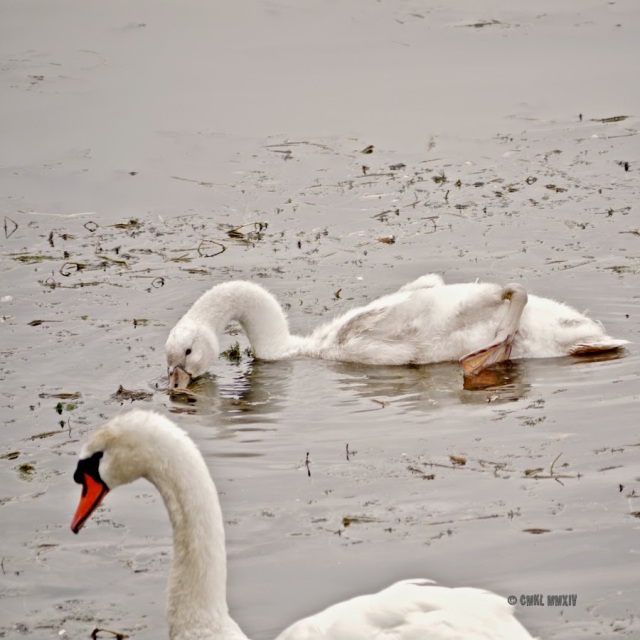 As I watched this young bird, it tried to repeat everything the parent birds were doing. Learning the skills of birdhood! When dad was grooming in contortionists ways, little cygnet groomed and contorted diligently as well, flapping future wings that didn’t quite yet exist.
Such fun! 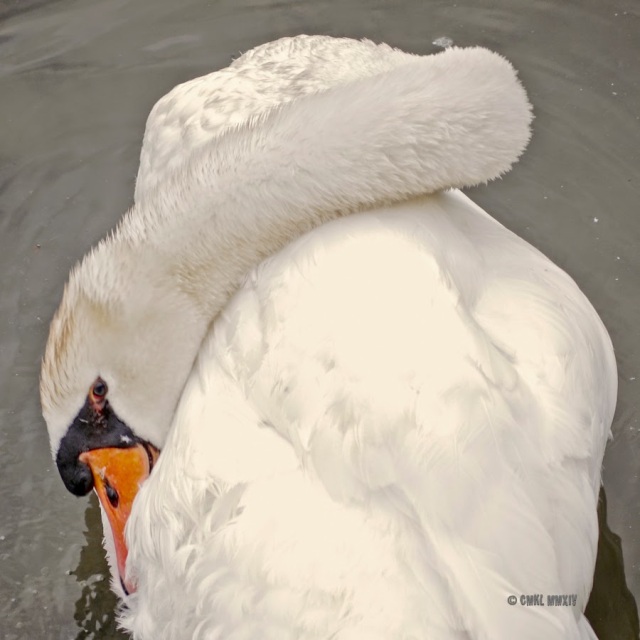 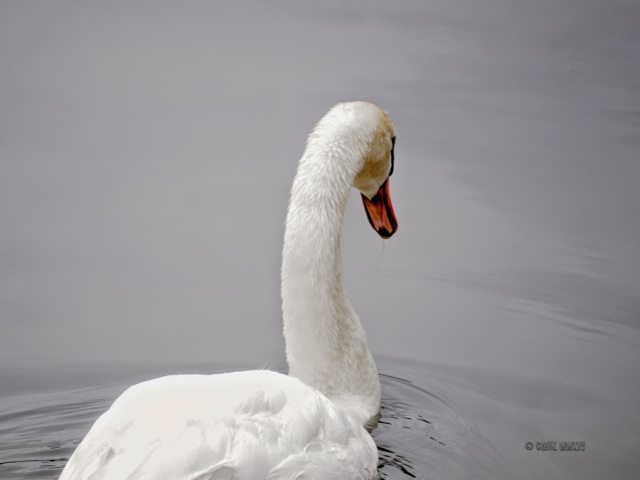 One thought on “Swans or Swann’s or a cygnet watched”