[continued from “Walking About – Part Two]

I never realized how much I click the shutter release until I started this third part of my little twenty-minute walk home from physical therapy and saw, how many pictures I had accumulated …

Anyway, after our encounter with the deer late in the last walkabout post, we’re now on the south side of Cours National, our main drag, looking straight at the Palais de Justice across the street and the fabulous landscaping surrounding the courthouse.

Should I’ve neglected to mention this before, we are very proud of our artistic municipal landscaping. Saintes is one of only 222 communities (2013) in all of France which were honored with national recognition as a “four (4) flower” ville fleuries, City of Flowers, the highest category awarded, so it’s very important for the city to maintain an impeccable landscaping standard. I believe this year’s spring planting in such a severe chevron pattern as to suggest heraldic images, is in reference to the big April celebration of Saintes’ 25th anniversary of jumilage with the town of Salisbury, Wiltshire, England. For the same reason, the twinned town names were added to the Charente river bank in early April. Oh, and a few bright red British phone booths mysteriously appeared around town as well.

But we must hasten back home, so let’s continue our walk east along Cours National, briefly looking up at the statuary on top of the copper clad Gallia Théâtre with its neoclassical facade, 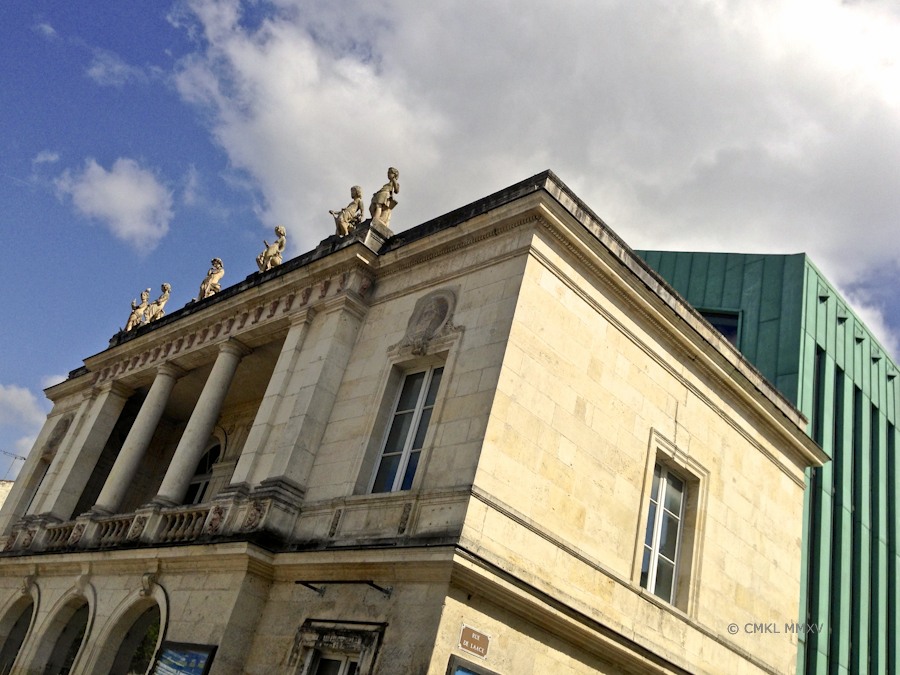 before turning right for one last look at our favorite restaurant, L2. Now forever closed. 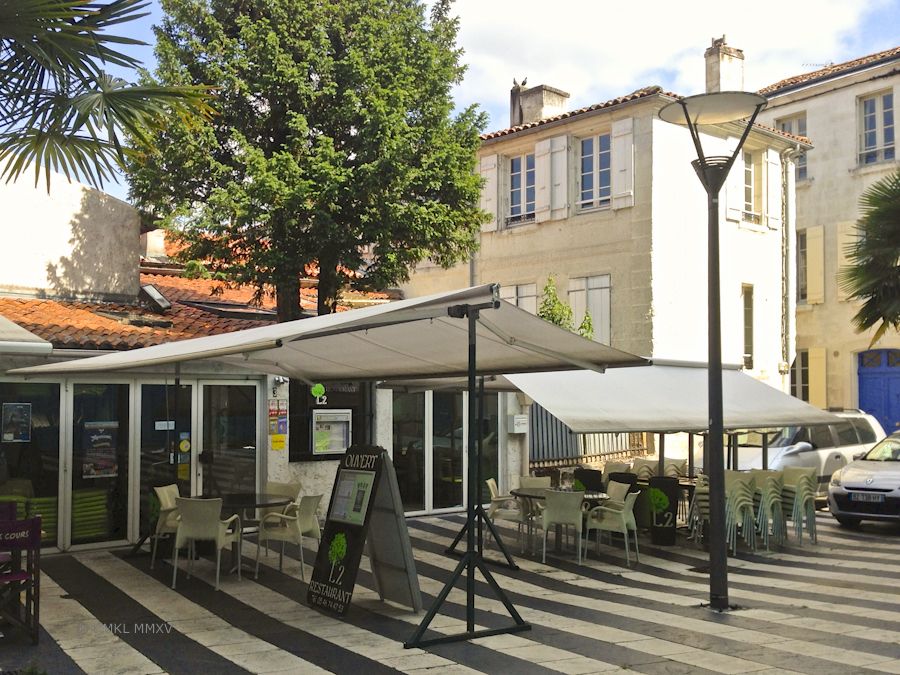 Chef Axelle was a veritable magician with fish – the best I ever ate! However, to her joy and our despair, she’s expecting her second child and can no longer keep the demanding schedule of preparing both lunch and dinner. I only hope that she will eventually put the toque back on and return to her adoring clientele.

On the right side of the picture, near the blue door is a downhill shortcut into the zone piétonne, the pedestrian zone of the Old Town center of the Saint-Pierre neighborhood, where we live. We’ll walk down there, past this old village pump,

and past the quiet yard behind the beautiful hôtel particulier built around 1610 and called “Le Présidial”. What is now an art museum, once was the private residence of the presidents of Saintes’ High Court. From the Présidial, 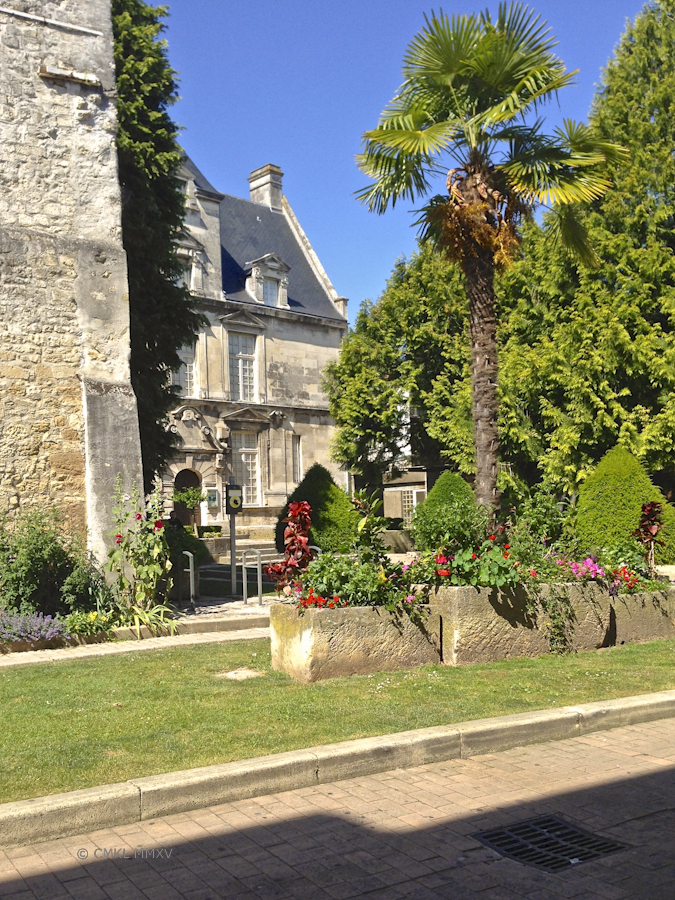 we continue through rue Victor Hugo toward the river, hanging a hard right at rue Saint-Michel.

to immediately turn left again at La Saltimbocca into the tiny lane, which curves toward Place aux Herbes.

Place aux Herbes in turn connects to rue de l’Abreuvoir, which terminates at Place des Récollets where we live.

2 thoughts on “Walking About – Part Three”